. If those protestors were black ingekuwa genocide 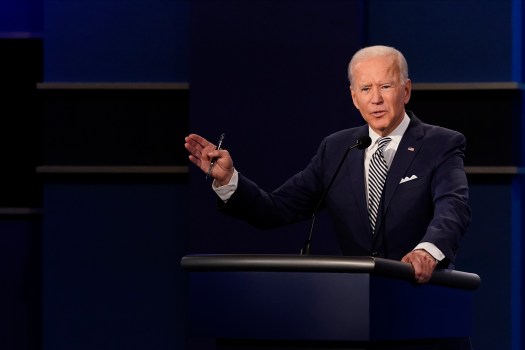 It began with President Trump’s hostile experts such as biographer Gwenda Blair, who said: “Donald’s father’s overall message to his children was … compete; win; be a killer. Do what you have to to win.” Narrator Will Lyman added Trump “was determined to live up to his father’s ideal: Be a ‘killer.’ ”


Young Donald was sent to military school, where it was a “five-year lesson in how to be a bully.” Washington Post reporter Marc Fisher set the scene: “Donald Trump yelled at his classmates. He pushed them around. He even used a broomstick as a weapon against classmates who didn’t listen to him when he told them what to do. … He became one of the student leaders who had a number of kids under him in the dormitories, and he ruled the dormitory life with an iron fist.”

The narrator summed up: “Inside that brutal world, Donald had found his place. … With his father and mother by his side, Donald graduated. He’d become a killer, learned the power of bullying to get ahead, a method he’d carry into the future.”

Then the documentary turned to Biden, and the tone changed entirely. “Joey Biden’s crisis was stuttering,” narrated Lyman. The viewer was told a cruel nun at his Catholic school mocked his stuttering. His sister, Valerie Biden Owens, touted how their mother went to the nun and said, “If you ever, ever, ever do that again, I’m going to come back, and I’m going to knock your bonnet right off your head. Do we understand each other?”

The narrator intoned: “Bullied, harassed, ridiculed: He was hell-bent on beating the stutter. … He kept pushing — against the stutter, the bullies — and it paid off.”

All this overt pro-Democratic messaging was just in the first 15 minutes of the film. It did not improve.


Fast-forward through the biographies. After tugging heartstrings by covering all the tragic deaths in Biden’s family — the loss of his wife and daughter to a car accident in 1972, and his son Beau Biden to cancer in 2015 — the documentary taunted Trump by playing the “Access Hollywood” tape and talking about how deeply racist his family is.
Biden got a free pass on anything he has ever done that would upset minorities, from opposition to school busing in the 1970s to the 1994 crime bill. Democrat Bakari Sellers said: “Joe Biden has the Obama halo; everybody knows that. That is the cleansing of Joe Biden and everything that may have happened.”

Former Washington Post reporter Wesley Lowery added: “Even if they don’t agree with him, they think he’s a good faith actor. That means a lot.”
The concluding sermon came from another Washington Post reporter, Dan Balz: “Policy is not the choice that’s on the ballot this year. It is a choice of character. It is a choice of temperament. It is a choice of persona and personality. That’s always a factor in our presidential campaigns, but I don’t think it’s ever been as big a factor as it will be in November.”
Policy is not on the ballot?! Forget defunding the police, “Medicare for All,” the “Green New Deal” or gun control. Don’t vote for the “killer.” Vote for the man with the “Obama halo.” This hustle is not subtle.