Ati free calls across all networks and KSh26 for 1 gb??? 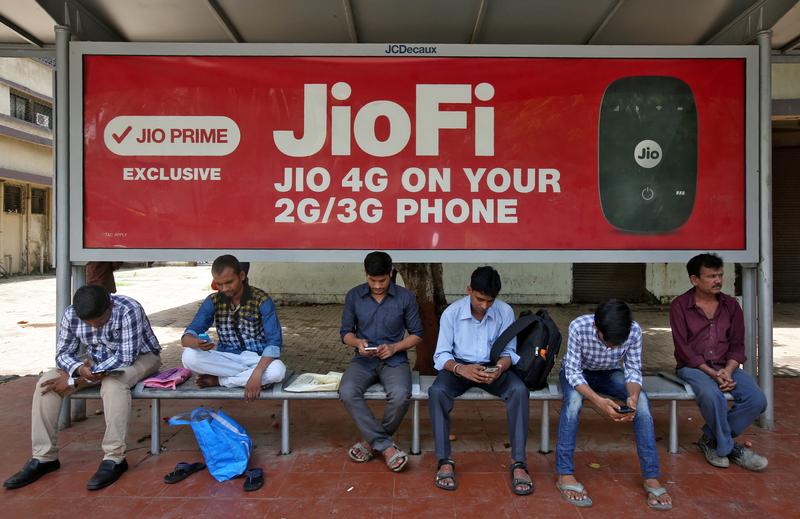 Few thought it was possible, but billionaire Mukesh Ambani’s Reliance Jio has successfully upended the Indian telecoms industry. Barely three years after its launch, the upstart has now displaced Vodafone Idea to become the country’s top mobile operator by users, with 331 million subscribers. That milestone puts its parent conglomerate, $111 billion oil-to-retail Reliance Industries, on track to achieve a bigger aim: dominance over the country’s consumers.
Jio has led a wireless revolution. Voice calls are now free across top operators and India’s mobile data, once amongst the most expensive in the world, is now the cheapest: 1 gigabyte costs an average of $0.26 compared to China’s $9.89, according to a study by Cable.co.uk. Rock-bottom prices have battered rival operators, but have also enticed millions online, encouraging them to swap old feature phones for internet-enabled JioPhones, virtually given away. Today, India has the world’s highest data usage per individual smartphone.
Ambani’s next big push will be to make India one of the top three nations for fixed-line broadband penetration. That’s logical: people consume most data indoors. There is less to disrupt here, but plenty to build on, given India has barely 18 million wireline users. At this month’s annual general meeting, Reliance could announce plans to connect at least 50 million households – almost one in five.
Reliance is aiming to do more with that improved connectivity too, offering movies, music and e-commerce. The group is already the country’s top bricks-and-mortar retailer, and is snapping up content. The final result, financiers and industry watchers say, will be a company that looks something like a combination of U.S. telecom operator AT&T and Jeff Bezos’ Amazon.
Ambani’s ambitions beyond oil have not come cheap. Jio has cost almost $40 billion. Shareholders have been patient, perhaps encouraged by cash flows from the core business and Ambani’s push toward an asset-light model, selling off fixed assets like mobile towers to outside investors, including Canada’s Brookfield Asset Management. Reliance has also shone in other ways, delivering 143% total shareholder returns since Jio’s launch in September 2016, far ahead of other telcos and the benchmark index. There’s reason to hope for more.

#2
If only he could shine his eyes upon this side of the Indian Ocean shores...

#3
It's Le Scumbag said:
If only he could shine his eyes this sides of the Indian Ocean shores...

Click to expand...
Do you think our thiefing government will allow it ?

#4
Wanaruona said:
Do you think our thiefing government will allow it ?
Click to expand...
No. Umeona ana subscribers almost three times the alleged population of Kenya?

#7
The day safcom ita anguka I will buy each talker one beer.

#8
It's Le Scumbag said:
No. Umeona ana subscribers almost three times the alleged population of Kenya?
Click to expand...
Now I might be tempted to understand Magufuli when he tells his women to open their ovaries. Ukubwa wa population ya hawa jumaa huwa na manufaa kiasi.
Y

#9
Now Vodafone is not wiring billions of Indian rupees to London. Mukesh Ambani deserves an award for reducing poverty by cutting off capital flight in India. Africa deserves such men.
L

#10
Kenya is a different ball game, maybe faiba will do it since telkom and airtel merger speak doom on cheaper data and call prices. Safaricoms have their heads too high to reason with the common man that's why all their offerings from data, sms packages or calls are the most expensive.

#11
Yunomi said:
Now Vodafone is not wiring billions of Indian rupees to London. Mukesh Ambani deserves an award for reducing poverty by cutting off capital flight in India. Africa deserves such men.
Click to expand...
We have our own in equitel and faiba but do we give them a chance or we still believe what mzungu offers is the best
Y

#12
Yollo said:
We have our own in equitel and faiba but do we give them a chance or we still believe what mzungu offers is the best
Click to expand...
Airtel is the network I use. I love their unliminet plan.
L

#13
Yollo said:
We have our own in equitel and faiba but do we give them a chance or we still believe what mzungu offers is the best
Click to expand...
Equitel rides on Airtel infrastructure, i would side with faiba but their choice for operational frequency locks out most users leaving only a few nerds that mind bandz to benefit leaving referral circle small.

If they opt for other frequencies supported by most Kenyan sets Airtel and Saf will fall but its not happening, perhaps they are being denied those frequecies.

#18
Mukesh Ambani net worth USD 52 Billion
Anil Ambani net worth USD 1.5 Billoin
In fact, Mukesh bailed Anil out of going to jail by paying a debt of USD 67 Million that Anil owed Ericsson 3 months ago.
So what happened to these brothers who fought fiercely and split the family fortune in 2 just less than 15 years ago?

#19
Wanaruona said:
The day safcom ita anguka I will buy each talker one beer.
Click to expand...
hehehe, don't be surprised if you swallowed those words, we only need a serious player who thinks long term, I think he's the same guy who started that company a few years ago by offering free unlimited data for six months, we have bigger players than safaricom even in Africa.