Atwoli Vs. Mosses Kuria: Who Gave The Speech Of The Week?

#2
All these are stupid thieving bonobos. Mafwi tucker tucker
P

#3
What did the waru head Kuria say? I gat no time for incoherent speeches.
S

#4
Poker Face said:
What did the waru head Kuria say? I gat no time for incoherent speeches.
Click to expand...
2022 will be messy. I pity (the ordinary) Kenyans.
S

"I want to tell Sonko, let bitterness not push you to hurl the kind of insults you are making to the president. We may feel bitter but somethings we would rather just leave them to God," he stated.

He urged the former county boss to watch his words as Sonko had directed some of his verbal attacks on the first family.

Murkomen, on Twitter, termed the claims as propaganda adding that the tangatanga team did not have any secrets.

Further, he stated that those peddling the rumors wanted to use the divide and rule method. 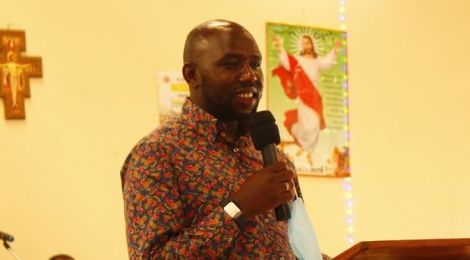 "There is nothing to spy on in the Hustler Nation. We don’t have secrets. We are not after power but an empowerment movement. Moles are for kitendawilis. Stop the propaganda. The stories targeting Kuria are just but divide and rule tactics of the enemy. We are focused," the senator stated.

"Propaganda of any kind requires some intelligence. The desperation on the other side is so visible. Moses Kuria’s position in the hustler nation is not nominal. We said the conversation will change am glad it has, we are now discussing wheelbarrows and hustlers," he said.