#3
Gold scammer. Married to @sani 's sister who is also a scammer. 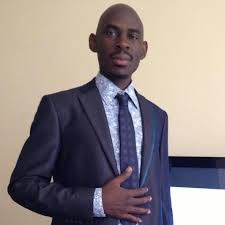 After years behind bars, Ugandan businessman and socialite Sulaiman Kabangala aka SK Mbuga can finally catch a break after a Swedish court ruling acquitted of all charges when the prosecution failed to produce enough damning evidence to pin him.

Mbuga was arrested in 2017 in Dubai and detained at Awiir Central jail, over allegations of fraud and is currently grappling with the same cases involving $2.6 million in gold deals.

Together with his wife, Angela Vivienne Chebet, 33, the couple were accused of fraudulent transfer of money amounting to 53 million Kronor (about Shs23 billion) from a company account Chebet was running with her then 71-year old Swedish boyfriend, Sten Heinsoo.

His wife Chebet was arrested from their home in Muyenga before she was thrown in a cold cellar at Luzira prison for five months before being granted bail. Her fate is yet to be sealed as she currently awaits the Judge’s ruling.

Initially it was unclear to the public how the money couple had come into their fortune, taking Kampala by storm, the two hosted many glamorous events, hobnobbing with kampala’s elite and even driving the latest car models, theirs was a fairy tale come true, until the police came knocking.

According to the then Spokesperson of the Directorate of Criminal Investigation Department (CID), Vincent Ssekate, police was contacted by Bowman, a law firm representing Einor Mattson AB Construction Company, a Swedish company claiming that Vivian and SK Mbuga diverted US $6 million that is about Shs23 billion.

It is believed that the said money is what the couple used on their luxurious wedding that was held in Kampala in 2016, with sources intimating that it is because the wedding took place shortly after Heinsoo made the last transfer of money.

Police working with Swedish prosecutors managed to grab SK in Dubai before he was extradited back to Sweden to answer all the alleged charges that were brought against him and his wife. However in a recent turn of events Mbuga finds himself once again a free man after the judge presiding over his case found the evidence brought forward unsatisfactory.
S

#4
@T.Vercetti mbuga is not Kalenjin. Kalenjins will own the whole sky but still walk on the dusty earth.