#1
Kashosh kamekuwa kagonjwa in the last couples of days. Insiders wanasema she doesn't seem like she has long to live.

#2
Read about operation "London bridge is down"

#7
Amenhotep III said:
We all have to go some time.
Click to expand...
The great equaliser!

#8
f**k the imperialist, they have plundered the world for close to 10 centuries.
M

#9
I have been hearing these rumors for the last ten years. Aka kataishi more years than some of us hapa kijijini

#10
How many Kings do we have in ktalk ?have lost count . @king Robert baradhuli @King Alexander the Great @King Arthur @king cobra @King Don @king ...... One of those will take over the realm if the queen kicks the bucket

Staff member
#13
With the husband gone she lost a soulmate. That hit her hard.
Wishing her quick recovery.
In our lifetime we are likely to witness coronation of 2 kings.

#15
Electronics4u said:
With the husband gone she lost a soulmate. That hit her hard.
Wishing her quick recovery.
In our lifetime we are likely to witness coronation of 2 kings.
Click to expand...
Which one and which one?

Staff member
#16
ChifuMbitika said:
Which one and which one?
Click to expand...
King Charles- He is likely not to last long. Maybe 15-20 years. He is 72 years old.
King William: He is likely to be sworn in in his 50s and will sit on the throne for long..40+ years.


Barbados elects first ever president ahead of becoming republic 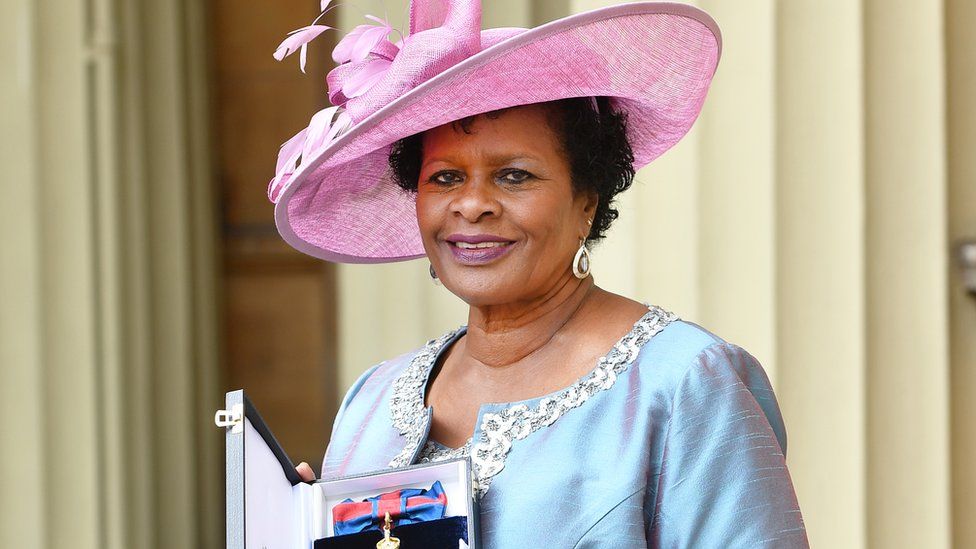 IMAGE SOURCE,GETTY IMAGES
Image caption,Dame Sandra Mason, seen here in London, has been Barbados' governor-general since 2018
Barbados has elected its first ever president as it prepares to become a republic, removing Queen Elizabeth as head of state.
Dame Sandra Mason, 72, is set to be sworn in on 30 November, which will mark the country's 55th anniversary of independence from Britain.
The first woman to serve on the Barbados Court of Appeals, Dame Sandra has been governor-general since 2018.
The government announced the plan to move to a republic status last year.
It said "the time [had] come" for Barbados to "fully leave our colonial past behind". The change had already been recommended by a constitutional review in 1998.

#18
If the story is still loading, shouldn't it be
'Bending News!'

#19
PHARMACY said:
@cortedivoire will still do her and pay 150 pounds if she recovers
Click to expand...

atapanua ass cheeks and we know what he will do next