#1
In the 90s he was a common face. He always looked confused and harrased by the competing forces of that era. 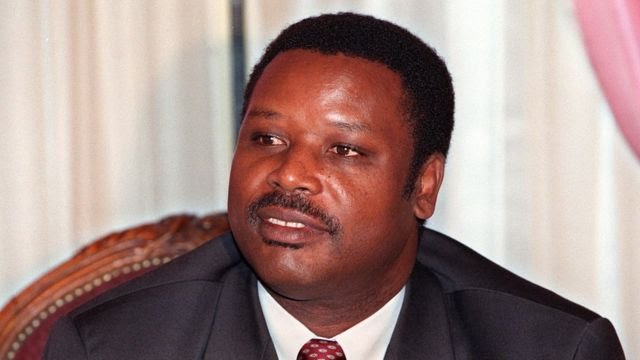 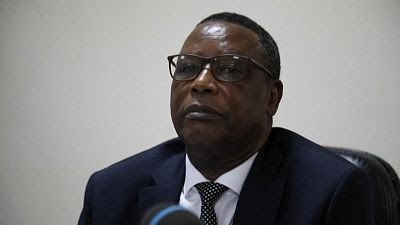 Burundi's former president Pierre Buyoya has died in Paris of Covid-19 at the age of 71, relatives said Friday, just weeks after he resigned as the African Union's special envoy to Mali and the Sahel.


Buyoya, who was credited with helping push democracy in the small African country but was accused of involvement in his successor's assassination, was hospitalized in Mali's capital Bamako on Wednesday, a family member told AFP.
"He was evacuated to Paris yesterday afternoon. His plane made a stopover and arrived in France in the evening," the family member said, requesting anonymity.
"He died as the ambulance took him to hospital in Paris for treatment" on Thursday night, the source added.
Several other relatives confirmed the death of Buyoya, who served as the AU's special envoy to Mali and the Sahel from 2012 until November this year.
He resigned in late November after being sentenced the month prior to life imprisonment in Burundi over the 1993 assassination of his successor.
He said it was "a political trial conducted in a scandalous manner" and that he resigned "in order to have full freedom to defend myself and clear my name".
Buyoya was sentenced in absentia over Ndadaye's assassination, along with about 20 military officials and civilians who were also given sentences ranging from 20 years to life imprisonment.
Coups and war
Buyoya, an ethnic Tutsi, came from a modest background, making his start in the military before rising to power in a coup in 1987.
During his first term, he worked towards a more democratic system in one of Africa's smallest nations. He stepped down in 1993 in the country's first democratic elections in which he was resoundingly beaten by Melchior Ndadaye, a Hutu.
But hardline ethnic Tutsi soldiers killed Ndadaye just four months into his term.
His murder plunged Burundi into years of civil war between the majority Hutus and minority Tutsis.
Buyoya became president again after a coup, ruling from 1996 to 2003.
In 2000, he signed the Arusha Accords, an agreement aimed at ending the civil war which left an estimated 300,000 people dead between 1993 and 2006. He stepped down in 2003 in line with the accords.
Another Burundian former president, Pierre Nkurunziza, died in June aged 55 of what the government said was heart failure -- but speculation was rife that he had contracted coronavirus.
At the time, a medical source told AFP that Nkurunziza had suffered "respiratory distress" before dying.
Unlike its neighbors, Burundi had taken few measures to stop the spread of coronavirus under Nkurunziza, who claimed God had spared the country from its ravages.
His successor President Evariste Ndayishimiye quickly declared Covid-19 the country's "biggest enemy".
But the deeply isolated country has only officially reported a single Covid-19 death since the start of the pandemic.
AFP

#4
Older, heavy set men are at high risk of dying from covid. Trump, Guiliani and Chris Christie were very lucky to have access to the best experimental drugs. Look at this guy, Nyaga, Nyamgarama, Nkurinziza...same physique. Obesity is a big problem because it causes restrictive lung disease and is a state of immunocompromise. RIP