#1
Kenya offers science and engineering degrees in every relevant category necessary to undertake large infrastructure projects. There are jobless engineers even on these website while others shifted to other career paths.

The China Roads Bridge Corporation (CRBC) was tendered with constructing the Ksh 62 billion Nairobi Expressway. The 27-kilometre road starts at Mlolongo, passes outside Jomo Kenyatta International Airport (JKIA) through Nairobi Central Business District and joins Waiyaki Way in Westlands.
To save the cost of production, the company reportedly leased private land opposite Kabete Police Station, along Waiyaki Way as the assembling point. A multi-billion plant, containing various factories and departments and temporary residential houses was constructed at the parcel of land.
At the entry point, one meets a heavy presence of police officers and private guards who screen visitors after they pass through a sanitising booth. Other health precautions such as social distancing and wearing of masks are strictly enforced owing to the Covid-19 outbreak.
CCTV cameras are also installed from the gate to the far ends of the premise.

Inside the plant: Video

The plant is divided into section, with the first part being a cement factory. This not only reduces the cost of purchasing and transporting cement from factories outside Nairobi but also saves on time, as the project is expected to be complemented by December 2021 or June 2022.
Metals are also drilled, cut and reshaped at this section. The second section contains warehouses where equipment is stored. These stores are temporary structures made of iron sheets. They are labelled as per the items stored therein.
Management offices are in the third section which borders the assembly point. Staff and visitors are cautioned of falling debris, moving cranes and drilling activities.
The technology used at the assembly point reduces the construction period of the elevated section by 50 percent. The contractor uses the fabricated bridge technology whereby the main components of the upper and lower structure of the bridge are prefabricated and assembled on-site in the yard.
The assembly point consumes the largest part of the parcel and also has parking lots for highly sophisticated vehicles, from trucks to bulldozers and excavators. It is also an open field as the contractor opted against assembling the items inside a warehouse.
Staff at the plant are said to work in two shifts, night and day. The total number of employees stands at 306. 259 are Kenyans and 47 are Chinese, most of them are supervisors and engineers.
Some of the employees reside at the premise which houses temporary residential areas. Reports allege that most of them earn over Ksh 50,000 per month.
To minimise traffic, the assembled items are ferried to the Nairobi Expressway construction sites, late in the night.
During the day, one can spot area residents peeping through the wall to marvel at the plant and watch the staff at work too. A number of residents added that they were indirectly employed by the plant as some were selling foods and beverages at kiosks located outside the factory.
"This is amazing. I have never seen or been at any Chinese factory and one can see how efficient and fast they are. We hope the project will be completed soon and motorists should be excited about using the highway," a matatu tout who was dropping passengers at a stage near the plant said. 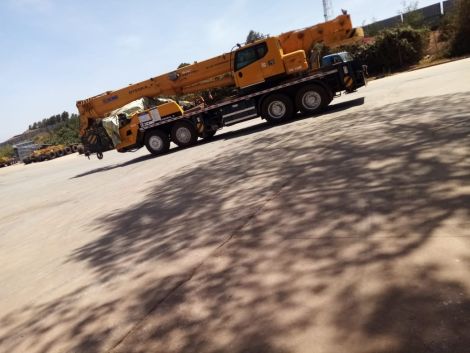 A vehicle parked inside a Chinese plant along Waiyaki Way, Nairobi
FILE 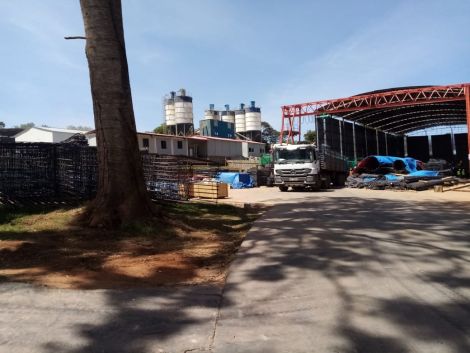 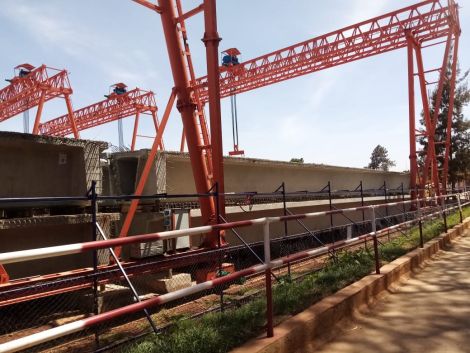 Watch 10 facts about the Nairobi Expressway

A negro with 10 Degree Certificates has the intellect of a Chinese or Japanese 5th grader.
M

#3
Again there is a major failure in our leadership.....hapa i blame the intelligence services. They should have ensured that there are a lot of intelligence guys ndani ya factory kaa hio. These guys would discreetly record and document all the processes, technologies, softwares, etc being used to construct those things. Alafu they share the secrets na akina NYS, JKUAT, etc. Atleast the knowledge will be left to Kenyans even after the project.

#5
munduism said:
Again there is a major failure in our leadership.....hapa i blame the intelligence services. They should have ensured that there are a lot of intelligence guys ndani ya factory kaa hio. These guys would discreetly record and document all the processes, technologies, softwares, etc being used to construct those things. Alafu they share the secrets na akina NYS, JKUAT, etc. Atleast the knowledge will be left to Kenyans even after the project.

Shida ya Bonobo is that Thika road was built, no knowledge transfer, Mombasa road redone...no knowledge transfer to locals, Outering too was done...still no knowledge transfer, Ngong road, dongo kudu, etc. Yaani we sit back like rich kids watching mama fua akianika nguo. Bonobo version 1 at play!
Click to expand...
all your saying is true, but most of the knowledge is available and taught in schools.
shida ni ukifunza/kupatia mwafrika mwezako hio tender, utakulia wapi.

outsourcing the tenders is more profitable than doing it locally. (there are very many Kenyans/Africans with vast knowledge in all matters ailing us but will never be given the opportunity to give out solutions since these solutions will kill the businesses of those in power)
You must log in or register to reply here.
Share: Facebook Twitter Reddit Pinterest Tumblr WhatsApp Email Link