#1
50 - Ciro Immobile
Immobile scored 29 goals in Serie A last season but that only secured a share of Italy's equivalent of the Golden Boot, with Inter Milan captain Mauro Icardi finishing joint-winner with the same tally. Immobile seems intent on making that honour his own this term, having scored eight goals, nine in all competitions, for Lazio.

49 - Pierre-Emerick Aubameyang
Aubameyang scored the final goal of Arsenal Wenger's tenure at Arsenal and has seamlessly transferred that form into Unai Emery's era. The Gabon international has taken squad rotation in his stride this term, scoring nine times in an effective 15-goal partnership with Alexandre Lacazette. 48 - Gylfi Sigurdsson
Everton underperformed last season but Marco Silva is finally getting a tune of his players - and Gylfi Sigurdsson has been one of the standout performers. The Iceland international has six goals to his name already this season, as many as he scored last term, including a contender for the goal of the season with the winner against Leicester in October.

47 - Philippe Coutinho
Injuries have curtailed Coutinho's start to life at Barcelona but when given a clear run at the team, the Brazilian is showing signs of settling in at the Camp Nou. Coutinho scored six goals in 16 games for the La Liga champions this term before a muscle tear ruled him out for another month.

46 - Mario Mandzukic
Cristiano Ronaldo's arrival at Juventus, injury and a possible hangover from Croatia's run to the World Cup final have restricted Mandzukic to just 12 appearances and five goals for in Serie A this season. But the 32-year-old has discovered the knack of scoring big goals in big games, just ask the defences of AC Milan, Napoli and Lazio.

45 - Boschilia
Gabriel Boschilia is steadily making a name for himself in Ligue 1. The 22-year-old, on loan from Monaco, has seized the opportunity to get some first-team action, with three goals and four assists in just 12 league appearances.

44 - Dimitri Payet
Former West Ham playmaker Dimitri Payet is relishing being back in France, starting his second full season at Marseille with a bang. The 33-year-old six goals and six assists for Marseille, who are among the five clubs chasing runaway Ligue 1 leaders PSG

43 - Robert Lewandowski
Much was made of Lewandowski's desire to join Real Madrid but the Poland international remained at Bayern and has started the season well, scoring seven goals, two shy of the Bundesliga top scorer Luka Jovic. Bayern are seven points off the pace in their latest title defence, if they are to secure a seventh straight title, Lewandowski will be key. 42- Mathieu Debuchy
Former Arsenal defender Mathieu Debuchy has enjoyed a renaissance back in his native France. The 33-year-old has scored two goals and secured three clean sheets in eight Ligue 1 appearances for Saint-Etienne this term, who sit fifth in the table, just three points off second.

41 - Maximiliano Gomez
It's been a testing start to the season for Celta Vigo but, in Maximiliano Gomez, they possess a player that can fill the future with optimism. Gomez has been involved in a goal in every La Liga game he's played this season, registering six goals and four assists, including the winner in their victory over Atletico Madrid.

40 - Yussuf Poulsen
RB Leipzig's Denmark international has been a driving force in their solid start to the Bundesliga season. Poulsen has nine goals and four assists from 19 games in all competitions, with Leipzig currently in third place, two points clear of champions Bayern. 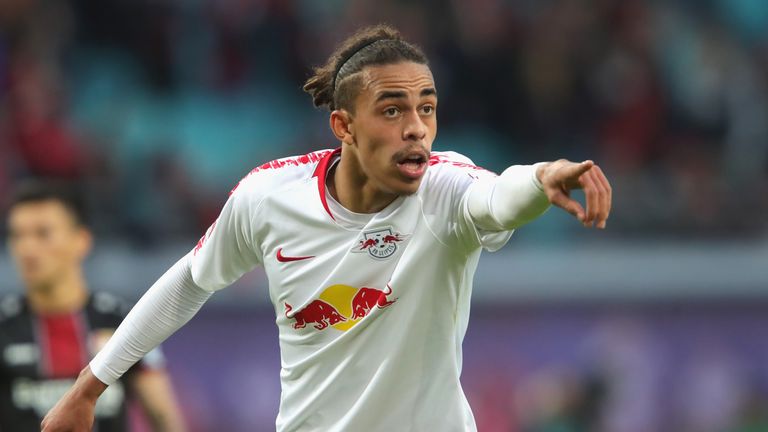 Rodrigo de Paul is now in his third season at Udinese and he's already scored more goals than he did in either of his first two, where he made 35 and 39 appearances respectively. If Udinese, who are currently above the Serie A relegation zone on goal difference, are to avoid the drop, the Argentine, who has five goals and three assists to his name already, will be key.

38 - Hugo Lloris
After adulation on the pitch at this summer's World Cup, and the low that followed off the pitch, Hugo Lloris has been a consistent force in between the sticks for Tottenham. The France international has kept four clean sheets in 10 performances for Spurs, who have made their best start to a Premier League season, despite failing to sign a single player in the summer. 37 - Iago Aspas
The Spain international has nine goals and an assist from 13 La Liga appearances for Celta Vigo. Now a mainstay in the national team set-up, the 31-year-old looks to have finally shaken off the stigma which came after his underwhelming spell at Liverpool.

36 - Teji Savanier
Having inspired Nimes to promotion to Ligue 1 last season, industrious midfielder Teji Savanier has been instrumental in their adaption to life in the top-flight. He's chipped in with two goals and two assists to leave Nimes four points clear of the drop zone a third of the way through the season. 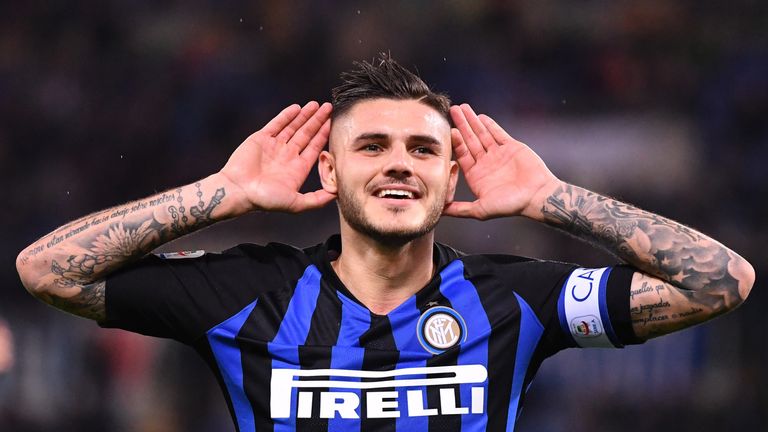 35 - Mauro Icardi
Having split Italy's Golden Boot with Immobile last season, Icardi has made a strong start in his quest to win the honour outright, with seven Serie A goals to his name already. Icardi's goals have had an impact in Europe too - just ask Spurs - with Inter within touching distance of the Champions League knockout phase.

34 - Cristhian Stuani
Former Middlesbrough striker Stuani has really caught the eye since joining minnows Girona. The Uruguayan has eight goals in 11 La Liga appearances this term, that's on top of the 21 he bagged last season, as the Catalan club defied the odds to stay up. If Stuani continues in the same vein, Girona will not be considered minnows for much longer.

33 - Florian Thauvin
Florian Thauvin. Remember him? The Newcastle United flop is fulfilling his potential, and some, at Marseille after his wretched spell at St. James' Park. On the back of securing a World Cup winners' medal, the 25-year-old has scored eight goals in 14 appearances already this season for Marseille.

32 - Willian
One of Chelsea's most consistent performers in recent seasons is delivering once again for the Blues. The Brazilian may have only scored three goals this season but it's his selfless performances which keep him in Maurizio Sarri's teams week after week. With five assists and counting, he's played as big a role as any in Chelsea's unbeaten start to the season.

31 - Julian Draxler
It was a disappointing summer at the World Cup for Germany and Draxler but the 25-year-old looks to have put their firmly behind with a solid start for Ligue 1 pacesetters PSG. The French champions sit 13 points clear at the top of the table after just 13 games, thanks in part to Draxler's three goals and three assists.

30 - Brais Mendez
The latest prospect on the Spanish conveyor belt of young footballers, Mendez has really kicked on in his second season at Celta Vigo. Having managed just a single goal in 24 appearances last season, the Spain U21 international already has three goals and two assists this year. A talent to keep an eye on, that's for sure.

29 - Luis Suarez
Barcelona sit top of La Liga with a one-point lead heading into the international break, thanks in no uncertain terms to the prolific Luis Suarez. With Lionel Messi out injured, the Uruguayan shouldered to goalscoring burden including a hat-trick in El Clasico to take his tally for the season to nine. 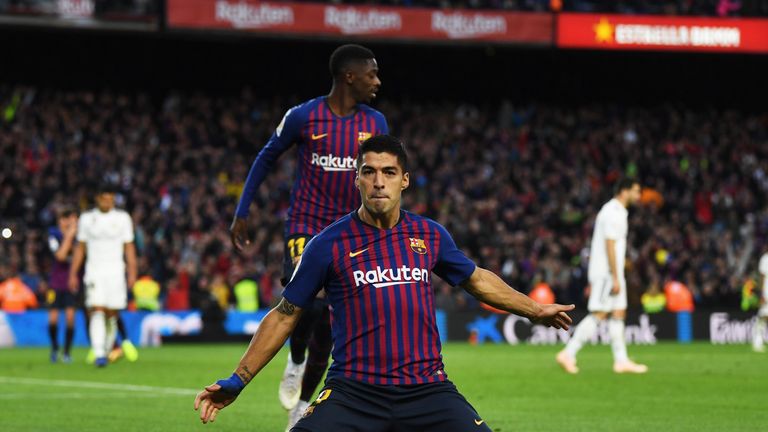 28 - Angel di Maria
Di Maria has been tearing up Ligue 1 as PSG already look on their way to another title. The Argentine has notched seven goals and six assists in just 18 appearances, ensuring that if Neymar or Kylian Mbappe aren't firing, someone else is on hand for Thomas Tuchel's side.

27 - David Silva
Like a fine Spanish wine, David Silva continues to get better with age. He scored the opener and was at his mesmeric best in Sunday's Manchester derby, as City moved two points clear at the top of the table, and 12 clear of their rivals United after 12 games. 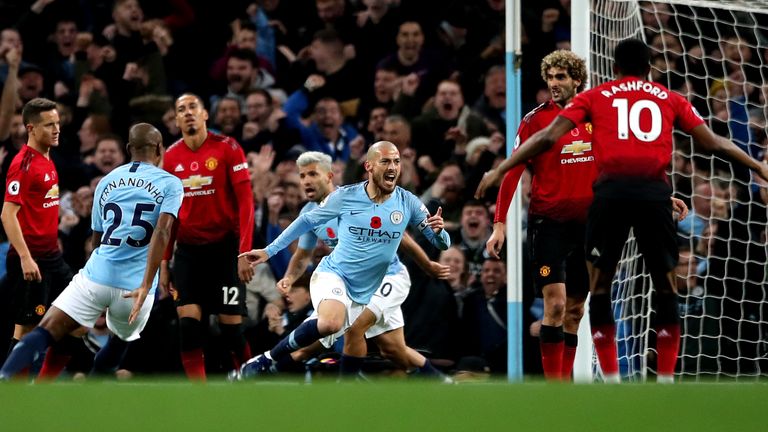 26 - Anthony Martial
After struggling to get regular football at the start of the season, Martial has made sure he's the first name on Jose Mourinho's with a prolific October and November for a struggling Manchester United side. The Frenchman has six goals in his last seven games and is one of few giving United fans something to cheer about.

We will reveal the top 25 players on Friday!

#5
Rayfoosana said:
Only an insane being would rate Martial and Draxler over Icardi and Auba
Click to expand...
mpira unaoneanga wapi lakini?