Wendy Waeni and Joe Mwangi have been trending online, and the complex relationship has played out on the internet for all to see. The Twittersphere has played host to the saddening, and even shocking details of how renowned gymnast and high school student and her one-time manager Joe Mwangi were involved in a relationship that allegedly involved underage sex, pornography, fame and unpaid fees.

Here is everything we know so far:
1. Wendy Waeni is a talented underage girl
Waeni is a Form One student at St. George’s Girls High School, who stepped into the limelight after being featured on several media outlets, after meeting Rwandese President Paul Kagame. According to a report on The Sauce, Waeni was born and raised in Huruma from humble family background. Wendy started doing acrobatics at the tender age of four as part of the Pamoja Acro dance, the opportunities took her to places she has never imagined from performing for world dignitaries, touring the world and even being appointed a UNICEF ambassador.
2. Joe Mwangi has a complex relationship with Wendy and her mother, there is more to it than meets the eye.
Joe Mwangi apparently took on Waeni as a talent, representing her as her manager. According to Mwangi, he confiscated the gymnast’s phone because of the inappropriate content she searched for online. The Star reports, that though he arranged for a meeting with the mother to explain why he took the phone, the two could not come on an agreement on Wendy’s online habits. The warring sides involved various third parties including comedian Chipukeezy, and Mathare MP Honorable Oluoch to try to resolve the matter for the sake of Wendy’s future.

11 .
When i felt that Mama Wendy is not ready to talk to Wendy what did i do ?
I reached out to Hon Oluoch (Mp Mathare) ,
He has really been supporting Wendy so i felt let me take it there .

As Waeni and her mother took to media outlets to claim that he only forwarded a small percentage of the contortionist’s earnings to her mother, Mwangi may have dug himself into a hole revealing some questionable details about his relationship with the duo. Not only did he claim that Waeni’s mother is an alcoholic, Mwangi also pointed out that gymnast is a porn addict. Moreover, he went on to share some intimate sexual messages, that even saw him send an image of his appendage to the minor.
But these allegations are questionable given the poor reputation Joe maintains, with many finding the claims unsettling and horrific. Joe took to Twitter to share screenshots of what he claims Wendy was searching online. Among them are some pornographic sites that indicate some nauseating searches Joe claimed Wendy made as well as some private chats. 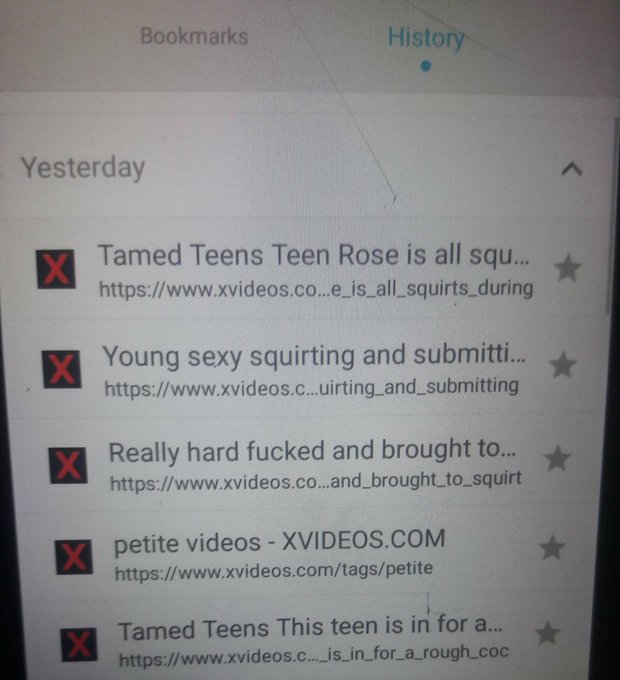 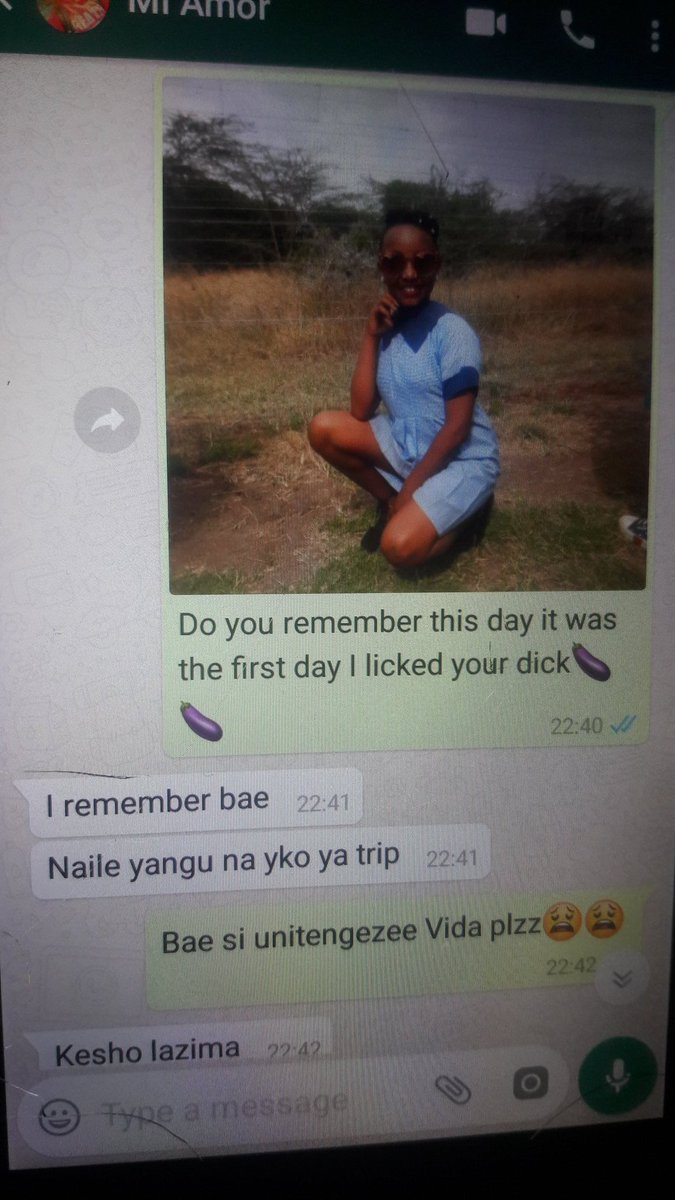 What did i show Mama Wendy ?
And many more that i wont post here for now .


But tweeps were not buying into Mwangi’s story


3. Mwangi exposed himself while hoping to drag Wendy through mud
Joe’s claims are irrelevant, he should repay what he owes, atleast that is what Tweeps think.


https://twitter.com/SenMutula/status/1159461414429503488
This picture was taken by Joe Mwangi in my office . The statement by Wendy on JKL yesterday is a criminal complaint. @DCI_Kenya 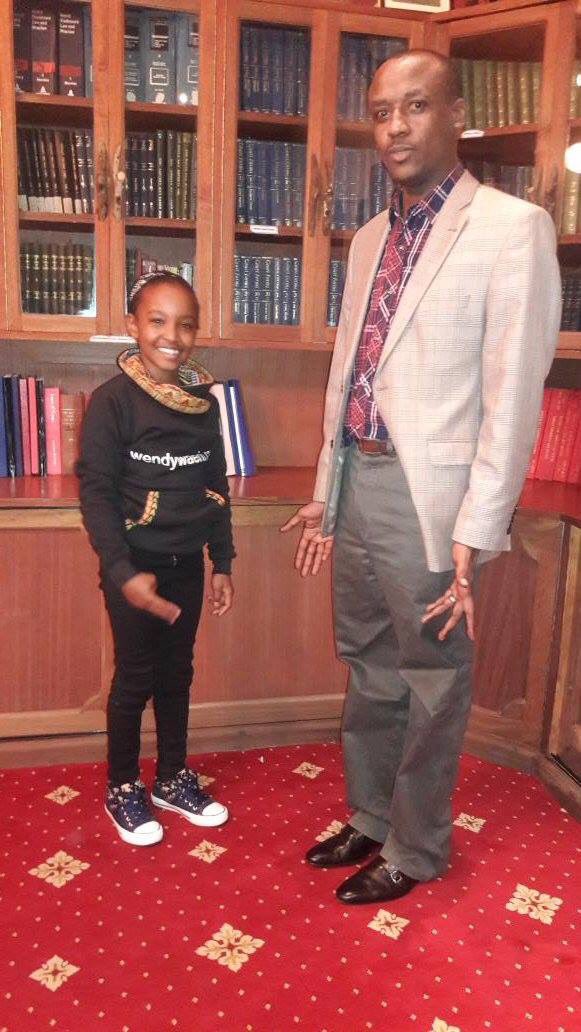 Bro...represent her. Will provide my side of the story as well. 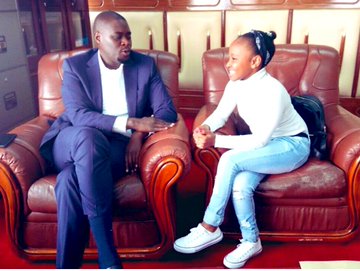 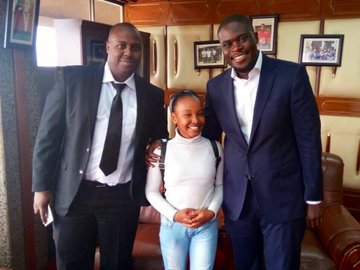 Mama Wendy "Joe ONLY accompanied Wendy to Rwanda",
Thats what i have been saying all through,
If you need help look for it in a better way.
​
21 people are talking about this

It seems there is no office in Kenya that #joemwangi didn't take Wendy Waeni. He must account for anything he received on behalf of the child. @KoinangeJeff #JKLive https://twitter.com/WendyWaeni/status/649192853021794304 … 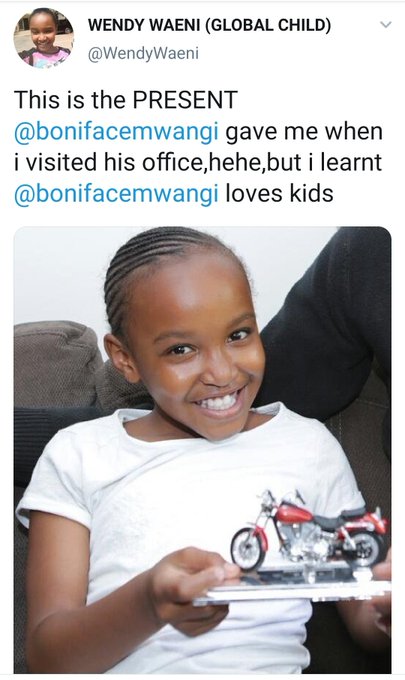 https://twitter.com/intent/like?tweet_id=1159489662551019520
​
If the allegations made against #JoeMwangi by #WendyWaeni are true, he’s in breach of the law. He should be taken in for questioning & face the full force of his actions. He’s since denied the allegations but something isn’t right. It was sad watching Wendy speaking. #childrights


According to reports, “age of Consent in Kenya is 18 years old. The age of consent is the minimum age at which an individual is considered legally old enough to consent to participation in sexual activity. Individuals aged 17 or younger in Kenya are not legally able to consent to sexual activity, and such activity may result in prosecution for statutory rape or the equivalent local law. Kenya statutory rape law is violated when an individual has consensual sexual contact with a person under age 18, although marriage is possible under age 18.”
Mwangi’s revealing screenshots could implicate him for statutory rape, however, local authorities Department of Criminal Investigations (DCI) is currently on the case, in light of the new information.

#8
digi said:
They are beauties, they make the day better
Click to expand...
and most importantly they got meat on them...they got meat

#13
JAILBAIT:-this is how i went to jail