#3
Explain to us who aren't in the biz what this yard pictures mean.

#6
Hizi mitungi they better not try to fill them and send them to customers. They look rusted
S

#7
Yunomi said:
Hizi mitungi they better not try to fill them and send them to customers. They look rusted
Click to expand...
Thts the main idea. Get competitor cylinders off the market, let them rust at Pro Gas yard, flood the market with Pro Gas Cylinders.
Change the laws prohibiting refilling of competitor cylinders
S

#8
what Pro Gas is doing is the same as EABL buying all keroche bottles from the market and destroying them.
Y

#9
sani said:
Thts the main idea. Get competitor cylinders off the market, let them rust at Pro Gas yard, flood the market with Pro Gas Cylinders.
Change the laws prohibiting refilling of competitor cylinders
Click to expand...
Ah nimekuelewa. This is something Citizen TV Waihiga Mwaura and Asha Mwilu can cover for their next investigative journalism topic. 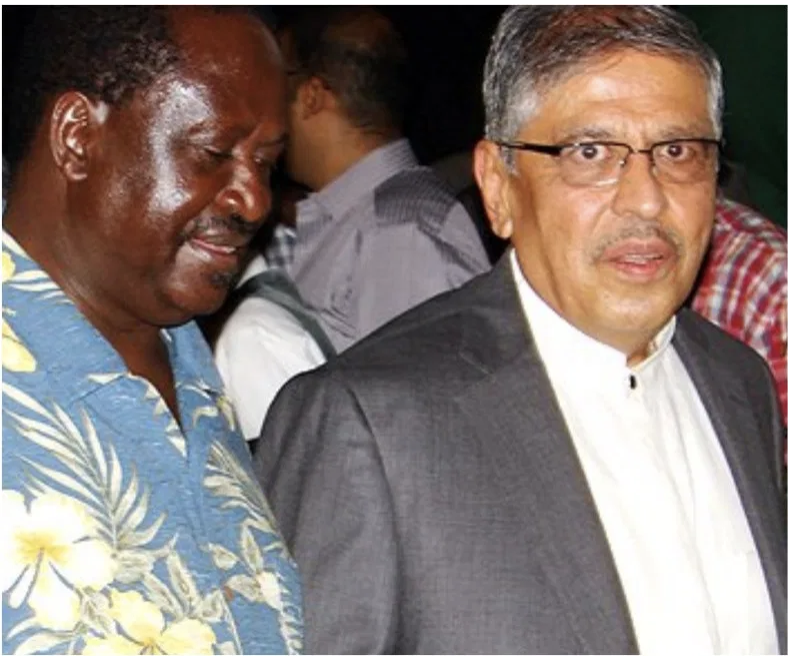 Let me copy paste this article before Tuko gets pressured to take it down.

When Government announced a subsidised gas project in October 2016, it brought a ray of hope for Kenyans who often relied on firewood and kerosene, two energy sources that are not only inefficient but had them breathing in toxic fumes.

Mwananchi Gas project was to sell under the Gas Yetu brand and was meant to safeguard the poor from respiratory diseases caused by the use of firewood for cooking.

It was also meant to contain the rampant destruction of forests.

A further KSh700 million was allocated through a supplementary budget raising the total cost of the project to KSh 2.9 billion.
The project would have seen millions of households receive subsidised 6kg cooking gas cylinders at a cost of KSh 2,000.

The beneficiaries would refill them at a cost of only Ksh840 per cylinder.

This was however not to be, 2 years since it was launched Energy and Mining Principal Secretary Joseph Njoroge says government shelved it due to budget issues.
However an investigation into what led to the collapse of the project reveals a well calculated plan by Pro Gas owner Mohammed Jaffer to kill Gas Yetu.

It all started with a contract awarded by the Petroleum Ministry and the National Oil Corporation of Kenya (Nock) to a consortium led by Allied East Africa Ltd.

MOHAMMED JAFFER
Having gotten the tender, but with no capacity to deliver, the consortium turned to Mohammed Jaffer owner of Africa Gas and Oil (AGOL) which also owns Proto Energy Limited under which Pro Gas is sold.

The company was then just beginning and was virtually unknown in the country.

Jaffer had however managed to obtain a lease for use of a cylinder pressing machine from KPA in a deal that seems to have been orchestrated by officials from the Energy Ministry.

The fraudulent suppliers, in the first batch, delivered faulty cylinders raising questions about quality assurance and monitoring of the manufacturing process.

Gas entering Kenya from Tanzania was found to contain dangerously high portions of propane in relation to butane.

It was also discovered that LPG from the neighbouring country did not have the chemical additive ethyl mercaptan (the rotten egg-like oduor) which makes it easy for users to easily detect leakages.

A total of 67,251 cylinders were found to be leaking posing a serious safety hazard had they gone into circulation.

This however seemed to be part of the grand plan to kill the project as then PS Andrew Kamau cancelled the tender purchase order of 357,000 cylinders despite money having been paid out to East Africa Allied and Mohammed Jaffer.

The PS also cancelled another purchase order of 700,000 cylinders with little explanation as to how the total budgetary allocation that had risen to KSh 2.9 billion had been spent.

This necessitated Consumers Federation of Kenya (COFEK) to sue Government in October 2018.

COFEK told court the Government’s ambitious programme to buy and supply 5 million subsidised gas cylinders to low- and middle-income households by end of 2019 was in jeopardy as 60% of the cylinders delivered were faulty.

PRO GAS
As Kenyans continued wondering why the Gas Yetu project is not taking off despite the immense benefits it would have afforded them, a new player in the market was beginning to emerge.

With it's bright pink coloured cylinders, Jaffer's Pro Gas was starting to penetrate into the market offering gas cylinders at cheaper rates than competitors.

Pro Gas with the help of Energy CS Charles Keter, PS Njoroge and other government officials at the Energy and Petroleum Regulatory Authority (EPRA) and Kenya Revenue Authority (KRA) continues to engage in illegal and unfair trade practices to gain an edge over competitors.

Minutes of the meeting also indicate that members voted for pricing formulas with majority preferring cylinder cost minus validation cost to remain competitive.

However EPRA went against the norm and published new rates.

These rates, according to members of the exchange pool, are in bad faith and are bound to resort in massive losses.

Despite numerous complaints to EPRA, no action is taken against Pro Gas.

Exchange Pool members now say they have evidence that a top official in the ministry has been receiving KSh 30 million monthly in bribes while other officials at EPRA pocket not less than KSh 10 million each month.

This is also the case at KRA with senior officials receiving millions of shillings monthly to turn a blind eye to Jaffer's indiscretions.

The tycoon has also ensured results of any parliamentary committee investigations favour him and his businesses.

To date, there have been more than five investigations on the unfair monopoly by his companies including Grain Bulk Handling Limited (GBHL) but no action has been taken.

Jaffer has now completely taken over the imports, distribution and retail business in the LPG sector undercutting other companies and driving them out of business all together.

In October 2018, at the height of the Gas Yetu scandal, DCI George Kinoti said he will begin investigations into the loss of billions.


“We will initiate a probe. We cannot allow a programme that is funded by taxpayers to put Kenyan citizens at risk,” said Mr Kinoti.​
Almost one year later though, no investigations have been done and no one has been taken to court over the scam raising questions about how many agencies are on the take from Mohammed Jaffer.

This as 80% of Kenyans who use firewood and kerosene continue to suffer at the hands of cartels at the Energy Ministry.
D

#14
EABL back in the day agreed to exchange beer bottles with castle lager but all they were doing at ruaraka was crushing castle lager bottles until they ran out of bottles. Later EABL changed their own bottles
H

#18
cartels... and this guyhas been a good "friend" of the govt like deepak kamani... and more so Agwambo