The Employment and Labour Relations Court on Friday upheld TSC’s deregistration of Knut secretary general Wilson Sossion as a teacher.

The decision was made by judge Nelson Abuodha.

TSC had written to Sossion and Kuppet chairman Omboko Milemba, informing them that they were no longer teachers.

“The commission has decided to terminate your services as a teacher with effect from January 15, 2018. It has been noted that you were nominated as a Member of Parliament yet the Commission has not received your resignation or retirement letter,"TSC chief Nancy Macharia said.

In August last year, Sossion as hit back at the Trade Unions Congress of Kenya for suspending him.

He said TUC-Ke organising secretary Charles Mukhwaya had no powers to suspend him.

Mukhwaya had issued a notice of suspension which takes immediate effect.

He said the National Executive Board held a meeting and reviewed administrative actions relating to gross misconduct by Sossion.

Mukhwaya said Sossion had been given a show cause letter but did not respond.

"Pursuant to the constitution of the Trade Unions Congress of Kenya, and your failure to respond to allegations of gross misconduct, the National Executive Board through a unanimous decision resolved to suspend you as secretary general with immediate effect," Mukhwaya said.

#5
Pride becomes before a fall. This mofos used to chest thump.
Z 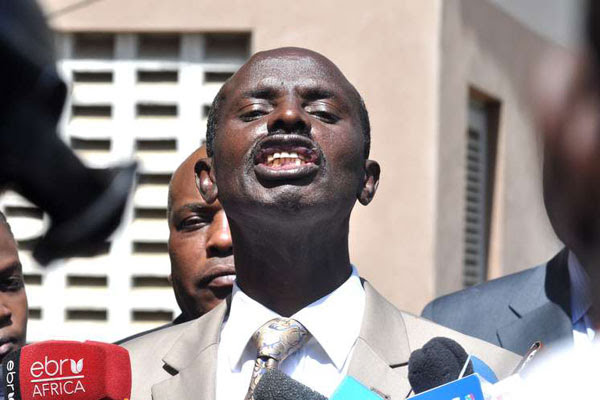