#1
Kenyans will usher in the new year with additional costs of basic commodities going up from Friday, January 1, 2021.

This is after the Value Added Tax relief that the Government had announced in April 2020 expires, effectively increasing VAT from 16 percent to 18 percent.

The National Treasury, in early December 2020, announced that a majority of tax relief that was necessitated by the Covid-19 pandemic will cease to apply on January 1.

Prices of mobile airtime and electricity will go up alongside other products such as TV subscriptions and newspapers.

A 2 percent reduction in VAT had earned airtime users a Ksh2 reprieve on every Ksh100 airtime purchased. 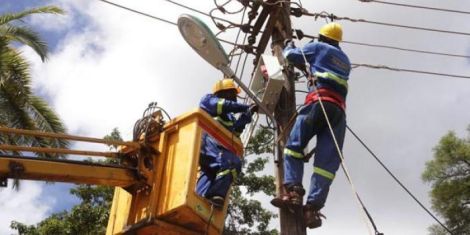 Safaricom Homefibre subscribers are also set to lose Ksh58 on every Ksh 2,900 subscription with the figure expected to go up in higher subscription packages.

Kenya Power customers are set to lose Ksh20 reprieve on every Ksh 1,000 power purchased after the reversal of the VAT charge.

As part of the new tax guidelines, all salaried workers earning over Ksh50,000 will be subject to 30 percent Pay as You Earn (PAYE) tax as the new year sets in.

The new tax regulations were passed by parliament and approved by President Uhuru Kenyatta.

Treasury CS Ukur Yatani justified the new tax measures explaining that the cuts were no longer sustainable after the initial eight-month run that saw the state forego Ksh65 billion in taxes.

Only Kenyans earning less than Ksh 24,000 will be exempted from PAYE after their 100 percent relief was retained.

In early December, KRA Head of Tax Compliance Nickson Odondi disclosed that the taxman was gearing to add new tax brackets in the new year.

Over the past three months, the taxman has introduced a variety of taxes including the Minimum Tax which is expected to affect businesses whether they were making profits or not.

The rate of Minimum Tax is 1 percent of the gross turnover of the company.

Other products that will be hit by the revised taxes include beer, wines and spirits.

#2
There is nothing we can do, in short tumezoea kuinama.