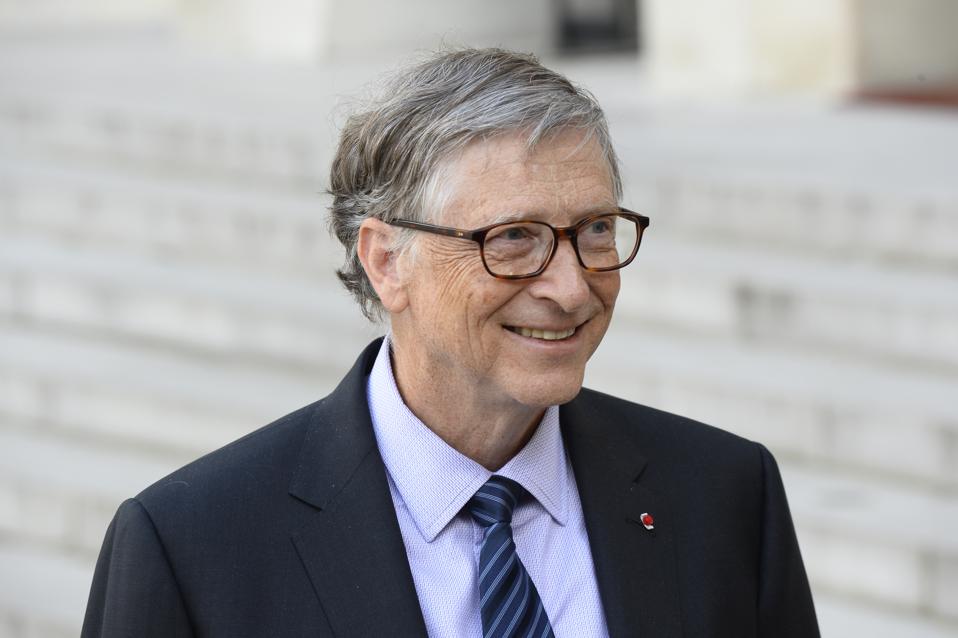 Bill Gates, the fourth richest person in the world and a self-described nerd who is known for his early programming skills rather than his love of the outdoors, has been quietly snatching up 242,000 acres of farmland across the U.S. — enough to make him the top private farmland owner in America.
After years of reports that he was purchasing agricultural land in places like Florida and Washington, The Land Report revealed that Gates, who has a net worth of nearly $121 billion according to Forbes, has built up a massive farmland portfolio spanning 18 states. His largest holdings are in Louisiana (69,071 acres), Arkansas (47,927 acres), and Nebraska (20,588 acres). Additionally, he has a stake in 25,750 acres of transitional land on the west side of Phoenix, Arizona, which is being developed as a new suburb.
According to The Land Report’s research, the land is held directly and through third-party entities by Cascade Investments, Gates’ personal investment vehicle. Cascade’s other investments include food-safety company Ecolab, used-car retailer Vroom, and Canadian National Railway.

While it may be surprising that a tech billionaire would also be the biggest farmland owner in the country, this is not Gates’ only foray into agriculture. In 2008, the Bill and Melinda Gates Foundation announced $306 million in grants to promote high-yield, sustainable agriculture among smallholder farmers in sub-Saharan Africa and South Asia. The foundation has further invested in the development and proliferation of “super crops” resistant to climate change and higher-yield dairy cows. Last year, the organization announced Gates Ag One, a nonprofit to advance those efforts.

It is not entirely clear how Gates’ farmland is being used, or whether any of the lands are being set aside for conservation. (Cascade did not return Forbes’ request for comment.) However, there is some indication that the land could be used in a way that aligns with the foundation’s values. Cottonwood Ag Management, a subsidiary of Cascade, is a member of Leading Harvest, a nonprofit that promotes sustainable agriculture standards that prioritize the protection of crops, soil, and water resources.

Gates is not the only billionaire on The Land Report’s list of top private farmland owners. Wonderful Company cofounders Stewart and Lynda Resnick (net worth: $7.1 billion) ranked number three with 190,000 acres. Their farmland produces the goods for their brands including POM Wonderful, Wonderful Pistachios, and Wonderful Halos mandarins.

While Gates may be the country’s biggest farmland owner, he by no means is the largest individual landowner. In its list of 100 top American landowners, The Land Report gives the top spot to Liberty Media Chair John Malone, who owns 2.2 million acres of ranches and forests. CNN founder Ted Turner ranked number three with 2 million acres of ranch land across eight states. Even Amazon CEO Jeff Bezos is investing in land on a large scale, landing the 25th spot with his ownership of 420,000 acres, mainly in west Texas.

#2
Atleast he bought it, acquired it over time, sio hii ya Kenya, people start acquiring prime land when they join public offices.

#4
This is not surprising at all. We, the hoi polloi are slowly herded into urban centres ati plot maguta maguta na social amenities, proximity to the largest shopping mall chieth while agricultural land is shifted to a few elite families. Food security will be in the hands of a few "multinationals"....much of what Indian farmers have been bleeting about for the last one month. If 2020 has not taught urban hoi polloi to find footage in the rural areas, nothing will.
Last edited: Jan 16, 2021
S

for what? This f*cker in some years will be too retarded to even remember his own name.

I hate him for being a part of every plan to depopulate earth as if tunakula kwake.

#8
Eng'iti said:
Osere's flats in Ongata Rongai belongs to william samoei and it rests on grabbed from KMC.
How about that?
Click to expand...
Has KMC failed to discharge its duties because they have no enough land? Place enye unaishi watoto wako huchezea wapi? ile place wanafaa kuchezea nani aliiba? mbona usianze na io?

#9
sani said:
Has KMC failed to discharge its duties because they have no enough land?
Click to expand...
Wacha tu ii iishie apa
R

#10
Kahuni Maisha said:
Atleast he bought it, acquired it over time, sio hii ya Kenya, people start acquiring prime land when they join public offices.
Click to expand...
You should be more concerned about why he is acquiring such large pieces of farmlands, this should be seen in the context of COVID-19 and it’s impact on small businesses and personal freedoms, and the UN’s Agenda21. Read and connect dots.
K

#11
So the wealthy are consolidating land on a grand scale na nyinyi mnaambiwa the future is in cities. So you can be under their mercy 24/7 juu they feed and employ you. Kenya is still a fine place if you can avoid the middle class urban bubble

for what? This f*cker in some years will be too retarded to even remember his own name.

I hate him for being a part of every plan to depopulate earth as if tunakula kwake.
Click to expand...
You guys surprise me.
It's plain hypocrisy on your part, I mean, aren't the same reasons why you have jobs, businesses and accumulate wealth the same to Bill's?