I Am Conflicted on This, But What if Uhuru Goes Rogue?

#1
I have been wondering about Makodingo's petition to exclude Luo Nyanza from the Republic of Kenya. Personally, I think it's just a strategy to neuter Nasa's endless gambits. Be that as it may.

FACT: Jubilee controls 27 counties, directly or indirectly. The law requires 24 to ratify any petition. Nasa's petition is an exercise in futility.

FACT: Jubilee requires just a couple of MPs and senators to achieve the 2/3 constitutional majority to change the Katiba. The few that Jubilee does not have can be bought or coerced.

FACT: Jubilee controls about 60 per cent of the vote.

Back to Makodingo's petition. It seeks to exclude Luo Nyanza from the Republic.

The only PERSON KEEPING Luo NYANZA IN KENYA, probably for prestige and legacy ('I don't want to be the president who ceded an inch of Kenya') is Uhuru Muigai Kenyatta. If he goes rogue and allows his troops to proceed with the petition, they are likely to achieve all the Constitutional thresholds to re-define the borders of the country and exclude that part of the country.

There are people who say that that would be self-defeatist and that it would open the flood-gates for others to secede. I disagree.

The Makodingo petition would not be a secession but an abandonment, to use a word. (It would be like when a man/woman abandons their matrimonial home).

So, what if Uhuru goes rogue and supports the petition? Will that mean that Nyanza will have become a countrylet that will be conquered the following day by Kaguta Museveni?

#2
The question is what if other regions also ask to leave?

Masood said:
The question is what if other regions also ask to leave?
Click to expand...
Are you slow or what? Nyanza is NOT asking to leave; IT IS BEING PUSHED OUT BY THE 'MAJORITY' JUBILEE ACCORDING TO THE MAKODINGO PETITION. Joho's and Kingi's Coast are o the other hand ASKING to leave.

#4
What if they discover there was no need to nullify the august 8th elections?
T

#6
FieldMarshal CouchP said:
So, what if Uhuru goes rogue and supports the petition?
Click to expand...
RAT would change tune overnight to oppose.....he must oppose to remain relevant...
T

#7
Masood said:
The question is what if other regions also ask to leave?
Click to expand...
There are constitutional requirements to be reached

#8
this is hard said:
As you said this bill is just to counter Nasa and this game will be played till Nasa end this stupidity
Click to expand...
You are another slow one. I asked WHAT IF Uhuru goes rogue?

#10
Young said:
there's a difference btwn asking to leave and being kicked out!
** Kaluma's petition is asking to leave and we know it's an exercise in futility....however
**makodingo's petition is kicking nyanza out which can succeed.
Click to expand...
Precisely. I don't see why people cannot see the obvious. Nasa controls just 19 counties and their people's assembly petition cannot even muster the constitutional threshold. Makodingo's petition on the other hand if supported by Jubilee will achieve everything stated in the law.

#11
If I was in Uhuru's shoes I wouldnt entertain such a move, it would give credence to the claims of marginalization, to the claims that some regions are more equal than others and worst of all it is a petty childish move.

#12
If he does it'll be very unfortunate. I'm sure that would be a legacy he doesn't want for his presidency.

#13
What do you mean by Uhuru going “rogue”? IMHO, that is a misapplication of the concept of reprobate. To an objective person , MakOdingo is ‘trying’ to lead a rogue posse of frustrated politicians.

The idea that Uhuru should/not interfere with what a democratic people want to do is intriguing though. There’s not enough space for that here. But I would imagine that the reason not to be concerned is that it is doomed to fail, much like the numerous hairbrained ideas that have graced our screens recently. Cessation is not as easy as throwing a stone, as you have demonstrated above.

— it seems like some people are excited about cessation because it is a ‘naughty’ idea. It has a certain sex appeal because it signifies a person(s) that doesn’t adhere to the norm. It’s like a kid undressing in public in order to embarrass the parent. Mtoto akitaka wembe, mpe.—
Last edited: Nov 15, 2017
T

#14
Okay I get you now, but I would say that they are just being given what they want. Haven't they been calling for secession? I mean give them what they want and let's see if they will take it or their bluff will be called.

#15
FieldMarshal CouchP said:
Precisely. I don't see why people cannot see the obvious. Nasa controls just 19 counties and their people's assembly petition cannot even muster the constitutional threshold. Makodingo's petition on the other hand if supported by Jubilee will achieve everything stated in the law.
Click to expand...
Katiba gani hio munasoma? The only way a region and it's people stop being Kenyans is by a revision of the territory of the Republic which only happens if a simple majority of voters vote for revision of our borders to exclude the regions in question, that is the only way. 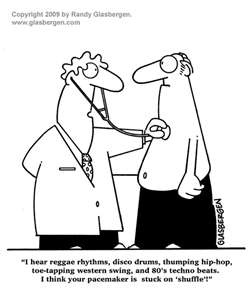 #17
I have carefully read your post. And no I am far from slow.

Firstly,can Jubilee Marshal a 2/3 majority in both houses to pass the bill during second and third reading. No. Check senate numbers. Equally what would happen if more counties want to be added to Makodingo bill I.e. ask for amendments to the bill.

Secondly will the bill pass in a referendum? No.

#19
Masood said:
The question is what if other regions also ask to leave?
Click to expand...
At the same time, Kenya is a country because of our own free will. Question is, do the people living in these counties understand what cessation means? Once civic education is conducted, once people understand that there won’t be any more serikali to rely on, then let them decide if that is a bus they want to get on.

I think people are forgetting that Kenyan politicians are idiots.

#20
That would be a stroke of genius, agree to allow nyanza to secede but the rest of the heathen counties that want to follow suit should wait a couple of years to see 'how it goes'. Declare all out war, economic and otherwise on The republic of nyanzania, sit back and relax.
You must log in or register to reply here.
Share: Facebook Twitter Reddit Pinterest Tumblr WhatsApp Email Link