Most of our leaders are of that Calibre those who want Wanjiku to remain poor.

#6
How is this jubilee development?

#8
Let's give Rwanda our leaders and we take their leaders. 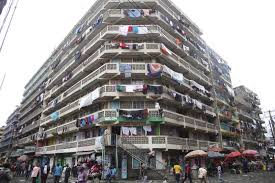 #12
Large majorities of Kenyans believe that corruption is worsening and that the government is failing to halt the upsurge, a global graft-fighting organisation reported on Thursday.
Two-thirds of Kenyans polled by Transparency International perceive corruption as having increased in the previous 12 months, while an even larger share — 71 percent — say the government is not responding adequately to this spreading scourge.
NEW SURVEY
Growing numbers of Kenyans who use public services complain that they have to pay bribes, Transparency International found in the new Africa edition of its Global Corruption Barometer.
The Berlin-based NGO said that 45 percent of surveyed Kenyans reported incidents of bribery in the previous 12 months, compared to 37 percent in 2015.
Kenyan police were cited as the leading recipients of bribes, with increasing percentages of citizens saying they also had to make illicit payoffs to public schools, utilities and public clinics.
You must log in or register to reply here.
Share: Reddit Pinterest Tumblr WhatsApp Email Link