Mandago was featured by Finland's top newspaper, Aamulehti, after successfully securing scholarships and job opportunities for youth from his county.

The deal signed between Uasin Gishu County Government and Finland, will see the devolved unit send 51 students in September to go and pursue Nursing at Tampere University of Applied Sciences.

The same number secured a slot for the next enrolment set for January 2022. Mandago is targeting more than 300 students to have gone to Finland before his term ends.

The county also entered into an agreement with Tampere City which will pave way for the students to be offered part-time jobs as they learn, to enable them to cater for their fees and other personal needs.

Mandago also secured the first scholarship for Uasin Gishu students in 2020 where 25 students were picked to go to Finland.

They were picked after a suitability test conducted by a Finnish University at the Kenya Medical Training College (KMTC) but they were supposed to cater for their own expenses.

The Governor congratulated the students for successfully going through the selection process noting that they were the first cohort students from Uasin Gishu.

“You are the pioneers of this partnership and I want you to go to Finland and do our county and your parents proud. This will pave way for other students who will come after you. Please be our good ambassador," he stated.

Kiplagat argued that Finland had the best education system in the world that attracts students from superpowers like the United States and the United Kingdom.

“I must warn you that you have to take your studies seriously. If you mess around, you will be discontinued and deported back home. Finland has strict systems and you should not disregard them,” he stated during the official announcement of the first beneficiaries of the program.

A GEMA Idiot Bishop Climate Irungu Wiseman was on Monday, August 16, charged at a London court, United Kingdom, for selling a fake cure for Covid-19.

Irungu appeared before the Lavender Hill Magistrates' Court where he responded to charges levelled against him by the prosecution.

Wiseman is charged with fraud and unfair trading offences. 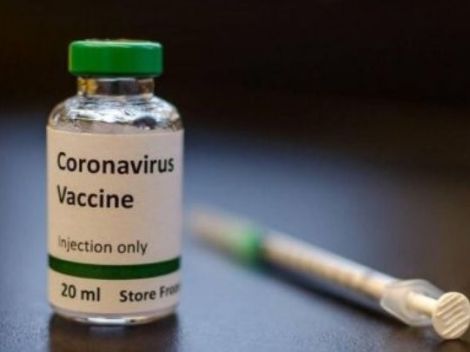 He stands accused of packaging and selling a concoction that he presented to unsuspecting members of his church as a cure for the coronavirus.

He claimed that it could be used to treat, prevent, protect against or cure the virus. The religious leader sold each kit for Ksh13,671 (£91 ).

The head of the Kingdom Church in Camberwell allegedly made the claims in person, online, in instructional videos and through testimonial videos.

Prosecutor Ryan Thompson disclosed that investigations revealed that the Kenyan had his followers in the UK that the oil had cured 10 people.

He further stated that the oil posed a risk of harm and even death to those who had bought it.

Wiseman's lawyer argued that the case involved the freedom to practise religion. His client pleaded not guilty to the charge of fraud and two other charges.

The case was sent to the Inner London Crown Court and will be heard on September 13, 2021.

Gakuta James
Seriously. Don't export these fake cures and "miracles" to places where people are not as gullible and where laws exist to protect the public.
Hii ungecheza tu hapa Kenya, by now you'd have been smiling all the way to the bank.
Last edited: Aug 17, 2021

#2
Every day bonobos never cease to amaze, that murisk drinking chimpanzee has done zero for his people in Uasin gishu, eldoret is a dump matope katikati ya town.

#3
Yet some other fellow is pitching wheelbarrows

#4
What has he done with billions from national government.

Hyssop was mentioned in the Bible for its cleansing effect in connection with plague, leprosy and chest ailments and symbolically in cleansing the soul.

Mentioned most commonly as a burned wood for ceremonial purposes, cedarwood is associated with cleansing and purification.

3 The priest is to go outside the camp and examine them. If they have been healed of their defiling skin disease,[a] 4 the priest shall order that two live clean birds and some cedar wood, scarlet yarn and hyssop be brought for the person to be cleansed. 5 Then the priest shall order that one of the birds be killed over fresh water in a clay pot. 6 He is then to take the live bird and dip it, together with the , into the blood of the bird that was killed over the fresh water. 7 Seven times he shall sprinkle the one to be cleansed of the defiling disease, and then pronounce them clean. After that, he is to release the live bird in the open fields.

8 “The person to be cleansed must wash their clothes, shave off all their hair and bathe with water; then they will be ceremonially clean. After this they may come into the camp, but they must stay outside their tent for seven days.

#7
gatume said:
What has he done with billions from national government.
Click to expand...
Paid salaries?

#8
Simiyu22 said:
Paid salaries?
Click to expand...
We are yet to evolve.Mismanagement of public funds is the order of the day