#1
So, back then when I was one of the eligible bachelors, I procured for myself a nice bedsitter in a seven floored apartment somewhere in Nairobi. I remember that place with a lot of passion, thinking of the escapades and good times I had there. Being an eligible bachelor and owning a Toyota sports car but living in a bedsitter in Zimmerman was phenomenal as this made me a serious P* magnet. Never mind I was given the Toyota after my ol man passed away and my mom did not know how to drive and so she just gifted me and told me to hustle with it. But to the ladies, I developed all sorts of Hekayas to appear rich and how I closed a certain deal and got the automobile and it’s just that I’m saving ; that’s why I live in the bedsitter. (Wangejua lol)

So I was in the tabia of kamuaring hoardes of chicks DF in a very calculated way; being able to play six to seven girls at the same time but each not knowing there is another. But I had a main squeeze that I loved and fate had it that she worked in Mbsa. So well there was enough room and environment to play better than Messi and still be the sweetest thing to my dearest in Msa who couldn’t imagine that I could even pass a ball. Of course I had a team of fisis as friends who we used to fisi together at times turning my small bachelor pad into an orgy field. (Reminds me how I kamuad my friends girl, in the same bed while he was asleep haha...story for anaa day though)

So one day I pay my lady a visit in Msa and one fisi gets a genius idea. There’s a lady he wanted for a long time in our esto and he wanted my keys so that if he is lucky then he can sort the issue out in my house. Never having been one to CockBlock, I gave him the keys. I was gone for 5 days and on the sixth we returned to Nrb with my honeypie in tow. She had come to visit Nrb also just for a scenery change.

My assumption was that my “boy” would do his deed over the weekend and on Monday, he’d leave the key at the usual place and that’s where I’d get it whn back. Kumbe the nigger overstayed his visit and only left when he learnt I was on my way back from Msa.

Kumbe the Nigger had some df that he had cheated that is his crib and had been with her there for like 3 days. So we get to the house (the fisi and DF are not in at that time) and my girl expresses disgust ati nikuchafu na kunanuka ndom,,,so she is wondering aaii kwani my beautiful angel is dirty and a kush smoker? I quickly explained that one of my fiends had borrowed keys when I was not around. We clean up the house and pour mounds of smoked kush from the crib and get to chilling and finally usiku we sleep.

At around 1.00am , I am DFing my girl and its hot and heavy when I hear footsteps coming towards my door. Kidogo kidogo a knock.. Aah. I stop. Another knock now louder. I ask “ni nani?” An audibly drunk voice the chic answers “ We Eriko wacha ujinga.Fungua Mlango.” Obviously im not Eriko and I have no idea who this stranger is and thus cant open and my Sweetpie here is getting angry..”Ati hao ni Malaya wako wamekukujia,wacha kujifanya.” And pushes me aside.

I had not closed my window that day for aeration and this chic thinking Eriko is ignoring her, moves to the window and pushes the curtains aside and with a flashlight she mulikas the bed and sees a a dude and chic. She FLIPS. She thinks Eriko is palying her and so she goes all crazy at the top of her voice… Umbwa wewe, uninimanga alafu unaniplay..leo utaona mimi sio hao madem. Nitakuua..Funguuuaaaa!!”

My girl gets extremely pissed and tells me to stop pretending and open for the girl afterall ati I “eat” her when shes not around. I try telling the chic “mimi si eriko” and she says “apana, basi nataka mwenye hii nyumba.” I say “mimi ndio mwenye nyumba” and my girl goes like :”pleeeaase, si uwache kujifanya Pepopunda ufungue mlango.leo nimekushika.”


I run to the door and open and tell the girl to buzz off. And now theres a crowd accumulating at our verandah. To cut the long story short;

Eriko had convinced the girl that the house was his and they had stayed together for 4 days and so she had no reason to doubt. That’s why she insisted on mwenye nyumba.It took a long period to convince my Sweets that I did not have a thing with the girl but to date huwa ananishuku bado.

Of niggers behaving like the crib is theres…. lol

#3
as long as you have agreed with your buddies that your crib is the frat house i see no problem with it.............and that's what memories are made of

#11
shocks said:
he would have been none the wiser. For every party people attend with their ladies then you keiyo, ujue kuna mtu husaidiwa na hatawai jua na akijua atakuwa too embarrassed to tell
Click to expand...
True in other villages but huku, inakaa watu huacha embarrassment kwa login page, aka it's never that serious

#12
Vijana si mumepitia mengi. I thank my old days where before a girl gives in, you will have to buy mosquito repellent jelly

#15
Older+ said:
Alikuwa anatoka wapi 1 a.m.?
Click to expand...
She must've been a whore. Only whores have the guts to walk around in a place like Zimma at 1 am.

#17
WuTang said:
She must've been a whore. Only whores have the guts to walk around in a place like Zimma at 1 am.
Click to expand...
True..

#18
People do misuse the word df 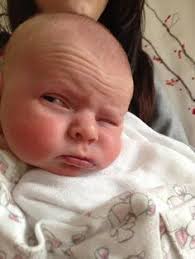