18+ Man dies during sex competition after finishing the seventh round 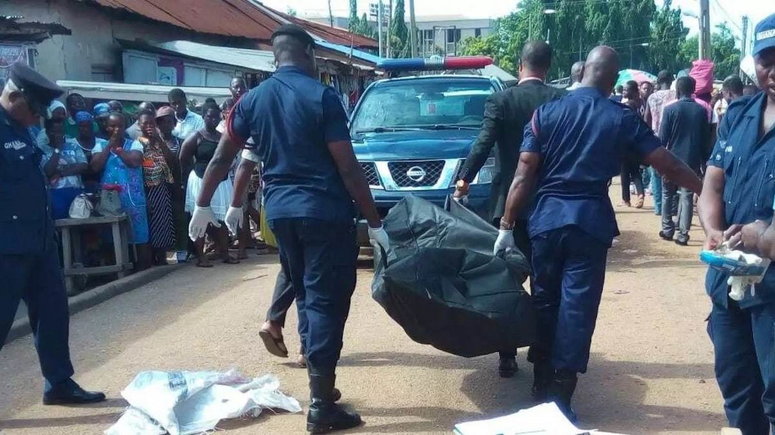 Man dies during sex competition after finishing the seventh round
The deceased identified only as Davy reportedly died on his sex contender also identified as Loveth.
He reportedly took Loveth to a popular hotel located in Ikotun area of Lagos after a debate about which of the two would emerge victorious in a marathon sex.

While the deceased believed he has sufficient prowess to make Loveth run for her life, she also insisted that the deceased would not withstand her ability to accommodate many rounds of hot sex.
Davy trusted himself so much that he staked N50,000, gingering Loveth to rise up to the occasion.
READ ALSO: Kumasi slay queens send out a message to Kumasi stingy boys
When the ‘competition’ got underway, Davy was on top of his game and was able to chalk six good rounds.
However, he could not survive the seventh round as he collapsed and died on the woman.
Loveth who became alarmed called for help and the hotel manager handed her over to the Ikotun Police Division for investigation, while the corpse of the deceased was deposited at an undisclosed hospital for autopsy, PM EXPRESS reports.
Loveth was later transferred to the SCIID Panti Yaba where she narrated the entire incident.
Sources say the autopsy report will determine what charges would be proffered against her, if there is any

#2
Ati charges against her. So whats the charge then? Assault with a leathal pu**y?
K

, unamaanisha ktalk legendary 7 rounds of seks will kill a nicca

#4
charges of overprescribing lethal dossage of a popular drug
S

#5
The guy was probably on some drugs to boost his performance....I have done 7 rounds easy and still got out and did my daily 5km jog

#7
david mugo said:
seven laps,,,,,,,,uwongo mtupu
Click to expand...
For me it's easy as long as the girl has the right physical qualities ... ofcourse you will need 20 minutes breaks after every shot ...after the 3rd shot... for the first 3 d*ck need not come out of pu**y...

#9
Teddy_time said:
Ati charges against her. So whats the charge then? Assault with a leathal pu**y?
Click to expand...

#10
Nishainyorosha Dame wa mtc shoti 16 over a 3 day period... She had to hang around for 2 days kurecover

#14
thats a useless man i did 10 shots in a 14 hour period nikiwa fresher na dem mkamba.

#15
sakwa said:
The guy was probably on some drugs to boost his performance....I have done 7 rounds easy and still got out and did my daily 5km jog
Click to expand...
Ahem!