What is the worst thing that could happen to a woman during menstruation? Cramps? Mood swings? A nagging partner who insists on sex?
Well, it gets worse for many women in Lamu. Not only are they denied a break from sex, they are made to give their backsides instead.

Considered unclean for vaginal sex while on their periods, this is the compromise their husbands demand. They threaten to divorce them or marry another wife who will be submissive to their whims should they refuse.

Because they want to stay married, the women agree to the anal sex, whether they like it or not. Only for it to cost them their babies or reproductive health, midwives at a Lamu hospital told the Star.
“During pregnancy and childbirth, we have observed that such women face so many complications,” one midwife said.
“From birth asphyxia, poor progress of labour, prolonged second stage of labour, post-traumatic stress and, most of all, perinatal deaths (during and soon after pregnancy).”
The midwives, who requested anonymity for fear of being targeted or fired, said there are at least 120 such cases in a month, which translates to 23 per cent of all births in a month. 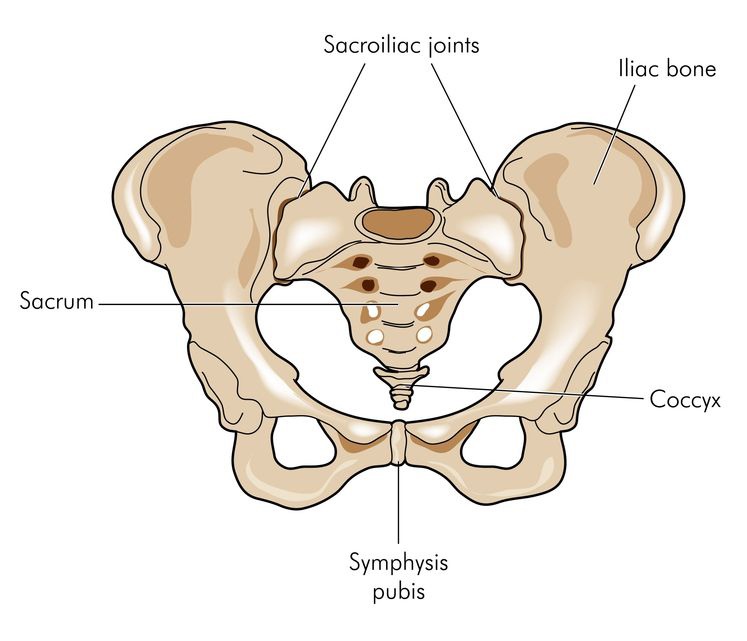 Anatomy of the lower back of a human body
Imag

HOW COMPLICATIONS ARISE
The midwife explained that the rectum and vagina are separated by sensitive membranes. The constant friction of the rectum that happens during anal sex loosens these membranes. Which means during labour, a lot of pressure is directed to the wrong opening for child expulsion.
In a normal delivery, the descent of the foetal head follows the vertebral column through the lumber region to the sacrum and coccyx.
However, for the case of women who are actively partaking in anal sex, since the rectum has by this time slackened, instead of the baby being propelled through the vagina, the head of the baby sinks into the sacral region anterior to the rectum.
“At this point, the delivery process has already been inhibited due to the state of the vagina, and so it takes longer than necessary for the birthing process to complete,” the midwife said.
“Mostly, there are two consequences: either the baby will be too exhausted at the time or asphyxiate (lack oxygen and blood flow to the brain), which eventually could lead to brain damage and to our second scenario, which is stillbirth.”
The midwife explained that the deficient supply of oxygen to the body arises from abnormal breathing.
“In the case of this baby, the situation results once their heads cannot pass through the vaginal canal due to the collapsed membranes.”
The asphyxia causes generalised hypoxia, which is when tissues and organs are starved of oxygen.
“For these tiny babies, once the oxygen cannot reach their vital organs, the affected tissues and organs collapse, leading to in most cases to immediate death,” they said.

SAVING THE BABY
The midwife, however, said they have devised ways to deal with the situation so as to help these mothers not lose their babies during and after birth.
“Fortunately, even the traditional birth attendants know about it and have been able to help in their own capacity to save these babies," the midwife said.
"Once we realise that the baby is sinking into the rectum area, we take a big chunk of cotton wool and insert it into the rectum to give counter pressure of the foetus head and at the same time align the birth canal, after which we now pull out the baby safely."
The midwife said most women are forthcoming and have always informed the medics about their anal sex, enabling the medics to prepare ahead for any eventualities.


It's actually not painful or anything once you get used to it. It seemed quite off the first time I did it, but a woman mentor told me to tolerate it lest I lose my husband to other women out there​
Lamu wife

ANYTHING TO PLEASE MEN
Most of these women, however, say the prefer to have anal sex with their husbands during menstruation to prevent them from going to seek the same gratification from other women out there.
Fatma Abdalla* (not her real name), a mother of seven from Kashmiri village in Lamu island, says birthing all her seven children has been a struggle as she has indulged in anal sex ever since she got married in 1991.
“It's actually not painful or anything once you get used to it. It seemed quite off the first time I did it, but a woman mentor told me to tolerate it lest I lose my husband to other women out there. I just didn’t know it would affect me this much,” she said.
She says once the doctors detected it with her first delivery, she would always make a point to inform the midwife each time she went to get her other children.
“I felt embarrassed telling them the first time because I thought they would judge me but they didn’t, and that really encouraged me to be forthright every other time I went to birth my other children. I still do it with my husband and he hasn’t married a third wife now that I'm the second, and so to an extent, it has worked for me,” she says.

#3
This is a whole semister in a gaenaecolgy course.
T

A human is essentially a very ruthless beast.

#9
uhondo said:
A human is essentially a very ruthless beast.
Click to expand...
True, but there are things about which a quiet voice deep in your soul whispers, "Son, don't!" It keeps some horrid things out of your stock of experiences.
I have learnt to listen that quiet voice.
Last edited: Mar 6, 2021

#10
Very sad for the women. Hadi kwa mkia group you are a cursed species
T