#1
The Independent Electoral and Boundaries Commission (IEBC) chairman Wafula Chebukati has asked Thirdway Alliance Kenya to resolve their differences and present one candidate for the Nairobi Gubernatorial position.

The commission noted it had received a letter on Sunday, December 27, from party heads, Secretary-General Fredrick Okango and Executive Director General Andrew Njoroge nominating Miguna for the position. 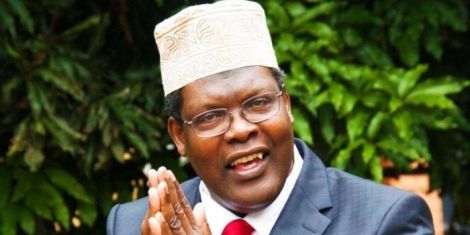 Exiled lawyer Miguna Miguna during a past interview

However, two days later, the Commission also received another letter from Aukot negating the nomination.

"In view of the conflicting information, the Commission advises the party to have a consensus and submit the name of its nominee to the Commission on or before Monday, January 11," a statement from the IEBC read.

"Unless his membership to our party was sneaked in through the back door, we don't have a member by that name.

The Office of the Registrar of Political Parties must clarify," Aukot stated.

A statement had initially been released by the party on December 28, announcing Miguna as its candidate for the Nairobi governorship seat.

"Another opportunity for the great people of Nairobi County to reclaim their capital has manifested itself in the forthcoming gubernatorial by-election. Nairobi deserves leadership devoid of ineptitude, unbridled lust, and gluttony for public resources which has defined it for the last 8 years," the statement by the party read in part.

This was however disputed by Aukot who termed the endorsement as fake. He stated that the party never discussed Miguna's candidature as an agenda.

Recently, Aukot had been ousted by the party in September over financial impropriety, lack of transparency and defying a court order.

The decision was announced by Okango who confirmed that the members had made the decision without any malice,bias or hatred.