NBC Wamesema RUN TO THE MOUNTAINS

#1
The Nairobi Business Community has vowed to counter NASA's anti-IEBC protests to protect their business.

The community has also said it will do what it takes to protect President Uhuru's 'unprotected presidency' .

NASA has called on its supporters to hit the streets on Mondays and Fridays until accused IEBC officials vacate office NASA's anti-IEBC demonstrations planned to start Monday, October 2, are set to face major resistance from members of the Nairobi Business Community leaning towards President Uhuru Kenyatta's camp.

On Sunday, October 1, the members said they will not sit back and watch NASA supporters disrupt businesses in the city and threaten Uhuru's leadership. Speaking from City Park in Nairobi, the Nairobi Business Community said they will come out in large numbers to counter the NASA protests and defend the 'unprotected' presidency.We call upon all our supporters and members of GEMA to come out in large numbers tomorrow (Monday) to protect our votes. Our silence should not be misconstrued as a sign of fear. We are peaceful Kenyans and we are not selfish.

We have been called names including being linked to Mungiki but we will stop at nothing to protect the presidency," their leader Wilfred Kamau said. They accused NASA supporters of wreaking havoc in the city because they do not have businesses. 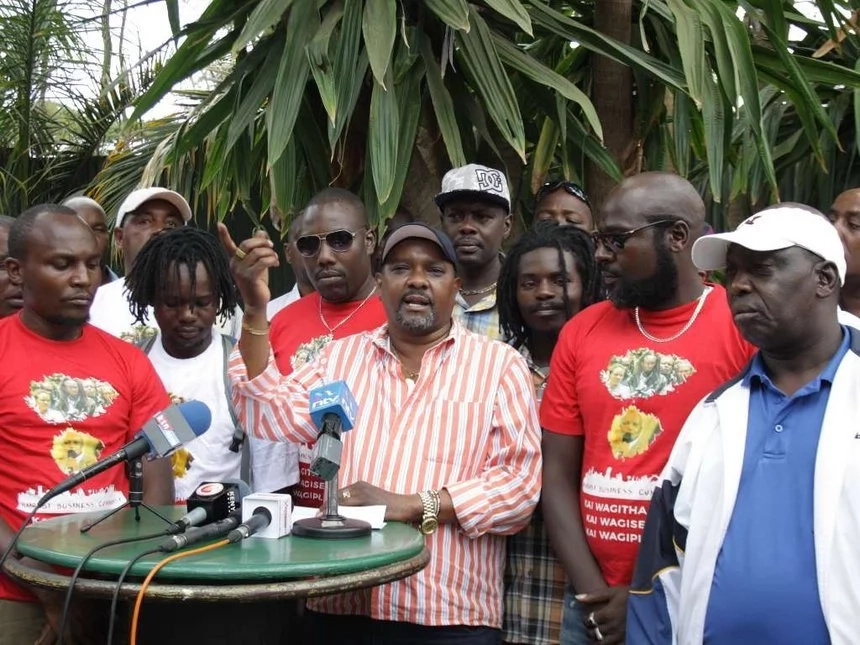 #4
Nairobi Business Socialites. They’ve become too addicted to the camera and sound bytes from Media Max.

#5
Let the peasants battle it out

#6
ScotlandYard said:
Nairobi Business Socialites. They’ve become too addicted to the camera and sound bytes from Media Max.
Click to expand...
At this rate Naswa can't even remove a messenger from the IEBC leave alone Chiloba.