"Ni Ya Sweety" (NYS) In Another Major Money Scandal...

#1
The National Youth Service (NYS) has yet again been caught in a scandal involving poor use of taxpayers' money - the third time that the institution is facing such a storm in President Uhuru Kenyatta's administration.

A report by Auditor General Nancy Gathungu shows that tires, which are part of inventories worth Ksh 255 million are lying at the National Youth Service(NYS) with no record of them being there.

“Under the circumstances the inventory belonging to the fund had not been included in the total inventory value as of June 30, 2019 and hence the stock value in the financial statement is underrated and inaccurate,” the report by the Office of the Auditor-General reads in part.

The report also noted that spares procured in the 2014/2015 financial year worth Ksh 175.8 million have not been used since then and may be obsolete. The spares recorded no movement or consumption in the financial years 2017/2018 and 2018/2019. 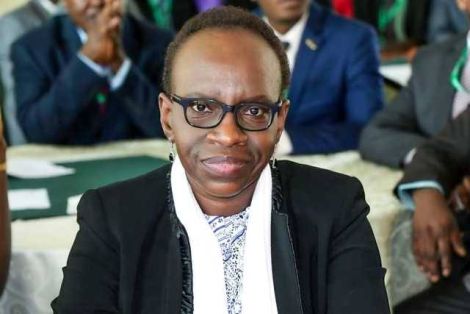 As per regulation 139 of the use of Public Finance Management (National government) regulations 2015, the OAG noted that the NYS needs to follow the asset management rules.

“In addition, the closing inventory of Ksh255 million for the year ended June 30, 2019, has no supporting documents with regard to the quantities and inventory valuation, neither was there evidence or disclosure of the criteria used to value the inventories reported in the statement of financial position, which requires that inventory be reported at the lower cost or net realizable value,” the report adds.

A further Ksh3.2 billion is not accounted for. These are plant and heavy machinery funds that have not valued financial reporting since the inspection.

“The statement of financial positions as at June 30 reflects a total non-current assets balance of Ksh 4.9 billion, which includes an amount of Ksh 3.2 billion relating to plant and heavy machinery,” Gathungu stated.

She said that there could be no concrete evidence that the purchase and distribution of the machinery since the said documents were not provided for audit verification.

It was noted that ownership documents for Ksh43.8 million worth of assets were not submitted for auditor verification. In addition to that, 27 commuter buses had not been in use due to maintenance issues.

In her report, Gathungu also raised concerns over the spending of Ksh6.23 million of Women Enterprise Fund (WEF) on airtime allowances for the staff. The amount was not taxed in line with the Income Tax Act, and no explanation was provided.

Ksh6 million of Ksh151.3 million being held under an untraceable M-pesa account is also among the concerns raised by the OAG.

"Verification of the M-pesa balance disclosed an amount of Ksh6.2 million under the utility account balance. Management has not given any explanation or reconciliation for the omission.”

The fund also has non-performing loans of Ksh 71 million from eight financial partners as established by the Auditor General.

In an unrelated issue, the NYS will train bodaboda riders in collaboration with the Ministry of Interior and National Transport and Safety authority with an aim to curb runaway accidents on Kenyan roads.

#2
This government makes me wonder why I should continue paying tax.

#4
unless mtu anyongwe on live tv for corruption until they sh*t their pants mpaka adult diaper ijae ,...on live tv , corruption will never end in kenya !

naona pia anakopa 1.3 b, treasury did a mistake by allowing counties to borrow, by the time these governors leave, most counties will be deep in debts, pesa watakuwa wanapata kwa gava will be going to service loans and recurrent expenditure , hapa naona banks will be party after party, lending to people will reduce since counties can now borrow huge.