The governor who was speaking during the launch of the 2021 county bursary fund said that Ksh126 million meant for needy students could not be traced.

He said that up to 369 learners could not be traced in one Ward alone, with County officials unable to trace their whereabouts - despite being awarded the bursary. 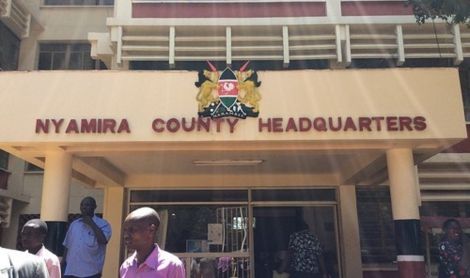 According to the governor, there were hundreds of absentee learners who were not known by the administration of a number of schools.

The governor tasked the county security team to launch an investigation over the uncounted county’s millions meant to support needy learners.

The governor has asked the County Commissioner Amos Mariba to work with the county security team to institute investigations on institutions and individuals involved in handling the county and National Government charity funds.

He also added that there was an urgent need to change the legislation enabling expenditure of the fund to put in place more tight measures aimed at ensuring there was 100 percent efficacy in the administration of the monies.

The Governor's revelation comes two months after he promised to streamline operations in the county.

Mariba on his part warned school heads from sending learners home for fees.

The governor also promised to block loopholes that have seen unscrupulous individuals benefit from money meant for the needy.

The Teachers Service Commission (TSC) has warned school principals against the misuse of funds - especially those who enroll ghost students in a scheme meant to defraud the government.

On February 21, the TCS went after five principals in Bomet County who the commission claimed had been manipulating financial book records for personal gains.

"The principals' files have been taken to the commission for appropriate action," the County TSC boss Charles Nyauma said.

The principals were suspended and the TSC said they would face the full wrath of the law.

The government has been making efforts to end the rotten culture where teachers collide with county officials to steal finances allocated for school general development and bursary for students.

govana anaongea kaa diasporan, concerned over what ?
seriously.
Click to expand...
He is "new" he was sworn in last year in Dec following the demise of John Nyagarama . So he might not have been privy to the county dealings. As Trump would say , he is now cleaning the swamp.
You must log in or register to reply here.
Share: Facebook Twitter Reddit Pinterest Tumblr WhatsApp Email Link