#1
Hakuna kitu mbaya kama kurusha 2 million on a house you will never use. Yenye hutumiwa kufungia mbuzi jionia all for clout. A major opportunity loss. The opportunity cost could have been a potential investment that would allow you to safely secure your financial future and retire at a young age. 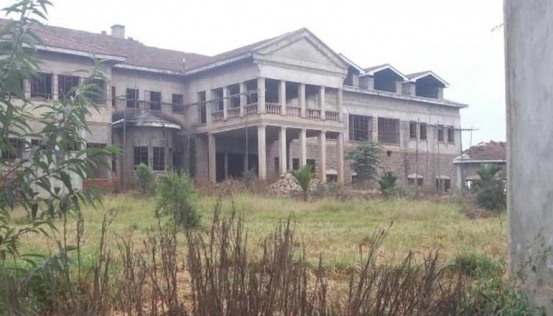 The home of former politician Stanley Githunguri. Photo: Eric Abuga
You must have seen it, that tree-lined driveway leading to an enormous palace worth a fortune atop a hill in the village.
The gate is shut and unguarded, the lawn overgrown, the compound deserted and eerily quiet, apart from termites nibbling away at the mahogany door frames.
The owner, a local boy who resides in the city, pops in once in a while, and save for Christmas when the place is spruced up and lived in for five days of partying, the reclusive mansion is millions rusting with disuse. It’s home for bats and famished cockroaches, mosquitoes, rats, wasps and spiders. Why do Nairobians sink millions into village residences that they have no use for? 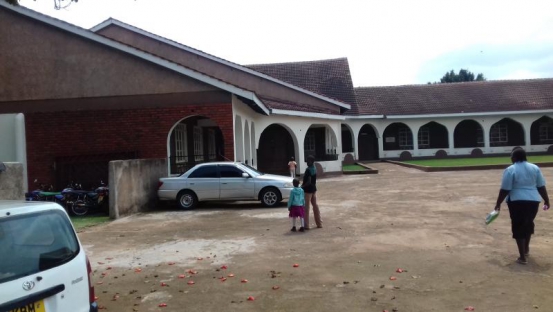 Mosaic Limited Mall,Mosocho, Kitutu Chache belonging to the late former Minister Dr Zachary Onyonka. Photo: Eric Abuga
Apparently, some cultures dictate that sons must put up huge edifices back in the village, even when they virtually spend their entire lives in the city. It is all about cultural attachments and status.

“Why spend lots of money on a property in the village that has no resale value and no rental income? They are largely for prestige and to prove one’s status. When a father gives his sons inheritance, he expects them to put up houses, even when they don’t need them, in the village. So this trend will be hard to shake off, says Daniel Ojijo, the Executive Chairman Homes Universal Limited.
Former Information and Communication Permanent Secretary, Dr Bitange Ndemo, is one of those who regrets putting up a multi-million shilling house that he has used only twice in 15 years.
Subscribe to Our Newsletter

Subscribe to our newsletter and stay updated on the latest developments and special offers!
“I began to regret why I put up a house in my rural home, while I suffered in the city. The house was dead capital. I could not rent it out to anyone, yet I had to pay somebody to take care of it. This is not just my story. It is the story of Africa’s investment decisions and mixed priorities,” Dr Ndemo wrote in a local daily. 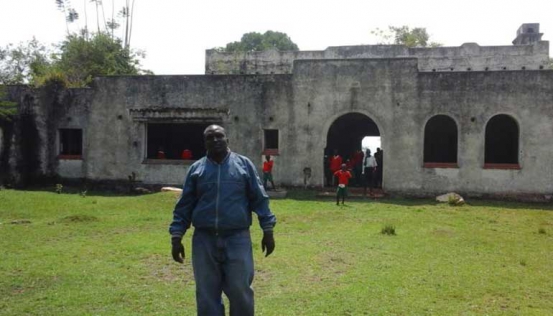 Joseph Murumbi's palatial home that fell to neglect and vandalism, and is now hosting a primary school. Photo: Eric Abuga
While a clique of Kenyans have lived in cities for decades without even a mud-walled hut in the village, others borrow huge loans to put up ‘palaces’ that remain idle.

Dr Aquilars Kalio, an Egerton University Economics lecturer, observes that whereas it is important to have a house in the countryside which is the final resting place for many Kenyans, having a big, unoccupied house does not make economic sense.
“It is all about yearning for respect from peers and to be conspicuous in the village; to feel good when people point at the mansion and say, ‘That is so and so’s house’,” says Dr Kalio.
Bishop David Muriithi of House of Grace says big rural houses are culture and perception driven.
“You don’t want to live in a mansion in Nairobi and embarrass yourself when friends come to your village to find you have nothing. I have one in the village, but I have never slept there,” says Bishop Muriithi.
Interestingly, Dr Ndemo links what he calls ‘dead capital’ running into hundreds billions to death. Indeed, many politicians spend the better part of their lives in Lavington, Runda and Muthaiga, as their humongous houses remain desolate for ages until they are hurriedly spruced for burial ceremonies.
“It is a home where you will be buried. It is said that you will embarrass the clan when you to die and you have no home. Africa is preoccupied with death even when the living cannot feed themselves. Of what sense is it when someone puts up a Sh20 million home in a rural area only for the relatives to raise money to pay school fees for children after his death? These are houses that no one will buy, sell or rent because graves dot the homestead. What is the value of culture?” poses Dr Ndemo.
But Dr Kalio says some of these homes are built by people who could be disposing off ill-gotten wealth. He says people who steal money get confused and become irrational. They dispose of it by erecting white elephants, a mistake, he says ‘real’ billionaires never make.