Summary: Yesterday, it was the pro-Assad hackers from Syrian Electronic Armywho took over the US Army website, today the pro-Palestinian hackers took over US Air Force domains — Both US Army and Airforce domains were hacked two days after Obama’s call for stronger cybersecurity for Americans.

Hackers left a deface page along with a message on both hacked websites, calling US and Israeli Army “Children killers.”

“YOU SUPPORTED ISRAEL TO KILL INNOCENT PALESTINIAN IN GAZA STRIP BOMBINGS HOUSES AND MOSQUES, ARRESTING AND KILLING INNOCENT PEOPLE IN IRAQ AND AFGHANISTAN USING MEDIA PROPAGANDA TO JUSTIFY YOUR LIES AND YOUR CORRUPT ACT.. NOW IT’S OUR TIME TO REACT.”

A full preview of the deface page is available below: 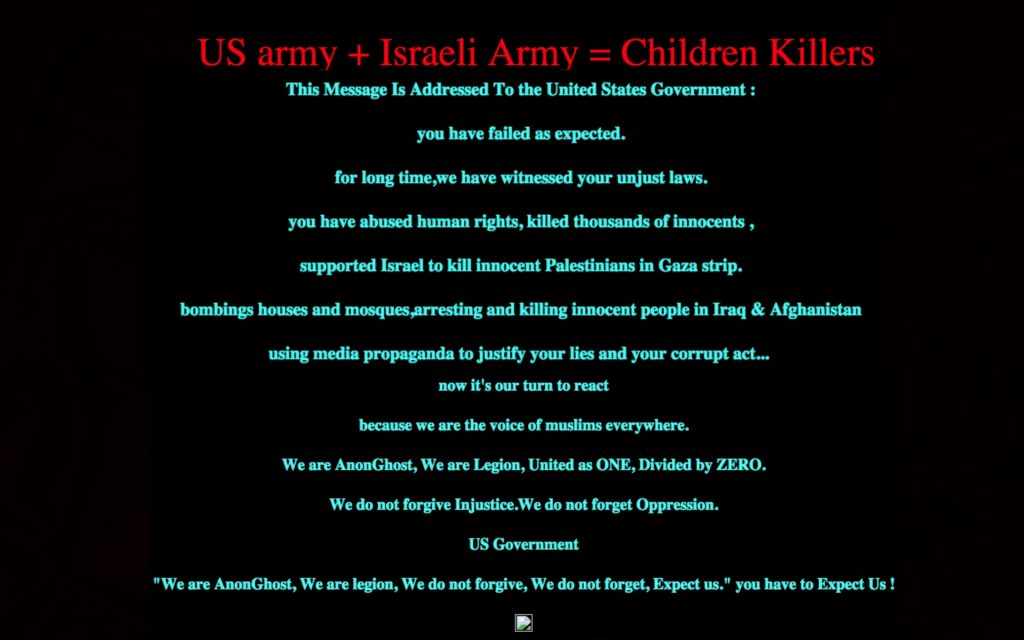 Links of targeted domains along with their mirrors as a proof of hack are available below:

PREVIOUS HIGH-PROFILE FROM ANONGHOST:
1. On April 9th, 2015, AnonGhost hacked Israeli credit cards and donated about $18,000 to pro-Palestinian charity for OpIsrael.

2. On May 18th, 2015, AnonGhost hacked the official website of Wayne county Sheriff and leaked login credentials of its employees.

Click here to go through all previous hacks conducted by AnonGhost .

At the time of publishing this article, both targeted websites were offline.