#1
Safaricom vs Kenya Power: Just which among these two behemoths leads when it comes to being hated by Kenyans. I do not know but I guess they hold the first two positions. These two unrelated companies share some similarities between them. For starters they owe their formation to the government with it owing substantial stakes in them. They are both publicly traded at the NSE and are high capital investment organizations that rely largely on a highly skilled workforce to operate. These two companies are top suppliers of crucial services i.e. telecommunication and power supply. They both operate in a monopolistic ruthless capitalist fashion owing to their dominance in their fields. While Safaricoms dominance is due to an ineffective, uncreative and lackluster competition, Kenya Power owes its dominance to historical lack of competition and government protection.

What makes these two companies to be so hated by Kenyans despite their obviously important services? The reasons lie in their mondus operandi. The fact that they take advantage of their dominant positions in the market to fleece poor Kenyans whom they know have little choice or alternative.

For starters, while Safaricom has emerged as an innovative and dynamic market leader thanks mainly to former CEO Michael Joseph, it has nonetheless not escaped the arrogance that comes with success. It has continuously used its dominance to ensure that pricing of its products has remained high. From call rates to data, all have remained quite high and unaffordable to most Kenyans. At a time even the government had to intervene albeit reluctantly to force these telcos to bring down their prices after there was a lot of pressure from consumer organizations. The company prices its data through bundles. Now, forgive me but I have never seen any sense on this bundle system. If you claim that bundles allow cheap internet browsing, why can’t you make your overall rates affordable and do away with the bundle buying scam. What is the use of dedicated internet bundles if you are going to consume my airtime when bundles run out anyway which will be son coz you are exorbitant. I should then also be able to use my bundles to call when my unbundled airtime runs out. This thievery has ensured that nobody loads extra airtime on their Safaricom lines as it will be ‘eaten’ sooner than later. Most people like me just load enough to buy the bundle of choice and then load talk airtime on another line from a different provider mainly airtel for which we know remains intact. Therefore, we use Safaricom for internet and airtel for calling. Big looser-Safaricom. Again on the bundle system, who came up with this crazy system. And why do these telcos insist on offering limited internet in this day and age. I think this system is only practiced in third world countries. Other than obviously overloading the system with people subscribing and unsubscribing on *544#, im sure it’s a system set in place just to fleece subscribers.

Every other service from Safaricom is laced with exorbitance. Mpesa charges are high. How do you charge subscribers Ksh 67 to send ksh 2000 in an electronic transaction? That’s over 3% of the value. And out of the whooping 67 how do you only disbursed measly Ksh 10 in commission to the Mpesa operator who actuary does almost all the work and bears all the risk. I had highlighted the pitfalls of the Mpesa business in an earlier listing under business. Further still, why does airtime have such a low margin to the seller while you declare billions in profits. A ksh 100 card leaves the trader a profit of only ksh 5 while Safaricom pockets the rest. Bread and milk is doing much better. And to the consumer, the Ksh 100 card only affords you 100mb worth of data which you cant even watch five youtube videos or about 20 minutes of talk time on network and even less off network. Also lets not touch on the promotions that this gambling company runs. Preying on the millions of poor Kenyans and charging them for the participation sms’s the company rakes millions while paying out only a fraction leaving Kenyans feeling short changed. A look into Safaricoms online forums on Facebook and Twitter will confirm that 99.9% of the comments there are complains especially on billing. Recently they wanted to expire accumulated paid up data and airtime for post paid customers only to shelve the plan after an online uproar. I am yet to meet a happy customer.

Working for Safaricom is even harder. Customer care staff is overwhelmed. Engineers are overworked. For a company that dwells on deceit to sell the sales staff is pushed to the limit to keep sales rolling. Obviously it’s a hard sell but hey, the bosses have to eat. We the customers have no option as the competition is sleeping, either not investing or innovating like Safaricom or they are also following Safaricoms model. So everyone has a bone to pick with this company.

Kenya power on the other hand is the company that is rediscovering itself after a long time operating as a parastatal. As a wholly owned government institution then it was known for inefficiency, lethargy, nepotism and corruption. The board and top management were always political appointees and it was the ruling party’s election cash cow. However in recent years Kenya Power has seen major changes in operation to a professionally run corporate devoid of politics of the day. It has embraced technology in operations and is now edging on innovative projects like rolling out of fiber network and mobile technology based payment solutions and services. However despite all this it remains a nuclear science issue how Kenya Power handles billing. From estimated meter bills to unknown prepaid meter rates this company has done us in. Personally my average bill is Ksh 1200. However, one month I may get a bill of Ksh 350, the next month a whooping ksh 3500. Meaning no one is even reading the meters anymore. Mind you I live in a major town in Kenya and not in some far flung remote area. Also, with prepaid you are never sure what amount you will get for an x amount of money as they seem to always differ. Their rate seems to be very variable. Again, they have all manner of levies on their bill which even supersede the consumption units. I mean, why should you charge us an exchange adjustment levy, inflation adjustment levy, erc, fuel cost charge, fixed charge etc and they are mostly variable meaning you can set them at whatever rate at will. What if all businesses operated like that in Kenya, would anything evr be affordable at all. To add salt to injury they do this knowing very well the consumer has no alternative to a grid based power supply. Why such a complex billing system instead of incorporating all those into a rate charged per unit consumed. These myriad of levies are only beneficial in confusing the customer. You may for example cheat us that power rates have gone down but the exchange rate gone up-zero effect. Either way power is still expensive in Kenya even for manufacturers. Again, frequent power blackouts have not helped matters either. And connectivity is still not at par. A lot of people are still waiting for connections while a lot more are not covered.

I however also lay the blame on government for ensuring that these two companies operate in a way that stifles rather than fires real growth. The government need to realize that economies have gone digital and thus with the strategic importance of the internet, it needs to stamp its authority to ensure affordable unlimited internet is offered to Kenyans Limited internet should be banned. Same thing with power and communication. It is futile to expect Kenya to achieve vision 2030 when no one can afford to do even a simple research online and everyone is left to rely on employers internet from which one can do nothing other than visit social websites or pornsites in short periods due to pressure of work. Again phone internet is purely for social sites. Nothing serious is done online by individuals in Kenya.

So back to my question, which of these two behemoths take the top spot?

#2
I hate both equally therefore my vote is invalid.

#4
Thank you for reminding me just how much I hate Kenya power. As soon as I figure out a good affordable permanently off grid system,and as soon as funds allow, it will be bye bye and no looking back.

#5
Next time weka an alert that it's a long read

Safaricon take this one as I feel that the company has control over most of the issues that plaguing their customers but are too focused on on profit to consider the plight of their customers.
D

#7
Deorro said:
i thought safcom walifukuza two senior exes eti they were not listening to customers plight? ama likuwa pr
Click to expand...
I mean safcon can offer better terms to their customers such as more affordable tarriffs, better connections, ...... and still make good profits, however it seems like their main concern is using their dominant position to extract every possible coin from their customers. 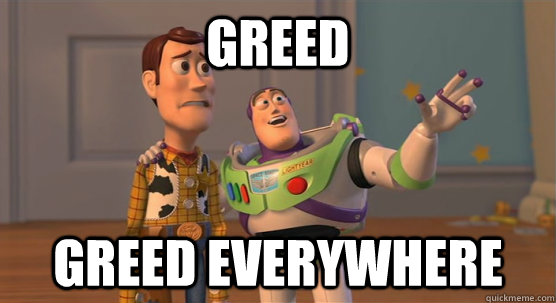 #9
**** Kenya Power. With the Green monster, there is an option with other service providers. Recently added Airtel, and that unliminet thing is out of this world. As for Kenya Power, there are no options.

#10
karema-hitI said:
Thank you for reminding me just how much I hate Kenya power. As soon as I figure out a good affordable permanently off grid system,and as soon as funds allow, it will be bye bye and no looking back.
Click to expand...
Ongea na @uncle nyam

#12
Fala 12 said:
if you live in Mumias town and get a chance to shoot someone at kenyapower trust me you wouldnt hesitate
Click to expand...
Sondu Miriu haisaidii kipande hiyo?

#14
Safaricom for me.
By the way. Ever since they announced their 30 something billion profits, I started experiencing a 'unique'problem.
I don't know how many villagers have experienced this. If you but airtime via MPESA. Finish it within say 30 minutes and decide to buy the same amount again, you get this message:

"M-PESA is unable to process your request because a similar transaction is currently underway."

Only solution for me has been to buy the previous amount +1. It can't be minus one since that would be insufficient for the bundles I wanted to buy. A shilling a day increases profits one day

#15
Luther12 said:
Sondu Miriu haisaidii kipande hiyo?
Click to expand...
I dont think they do direct connections from a power station. There has to be integration into the grid for proper regulation and redudancy.

Staff member
#16
kingolonde said:
Recently added Airtel, and that unliminet thing is out of this world.
Click to expand...
How is this service? Please elaborate.