A direct hit by a Fagot missile at the M1’s turret led to the detonation of the tank’s ordnance payload stored in the turret’s back.

This is the weakest spot of America’s main battle tank, which leaves the crew with virtually no chance of survival.

Its missile uses a 2.5 kg High Explosive Anti-Tank (HEAT) warhead which can penetrate up to 600 mm of conventional steel armor and has an effective range of up to 2,500 m through the use of an improved solid propellant sustainer rocket motor and lengthened guidance wire.

That name caught my attention, who in this world calls his missiles "fagot", ama its coz. they are designed for back penetration of tanks
Last edited: Sep 3, 2015

#3
shocks said:
are designed for back penetration of tanks
Click to expand...
He he, pass the blunt bro. 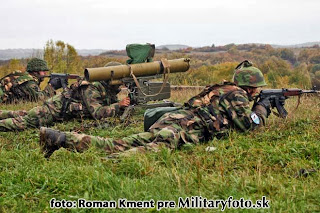 #9
123tokambio said:
Killing is their hobby anway. Si ulisema Mwarabu na guruneti hawaachani
Click to expand...
somebody really screwed their minds.
i dont know how much they bought the quran but it must have been really expensive

#10
Russians are master missile makers. Instead of investing in warplanes, tanks and warships they cant afford, they make missiles to counter them.