Seems Like Kenya Has Run Out Of Qualified Professionals...

#1
Former Othaya MP Mary Wambui has been appointed to another government post after her position as the chairperson of the National Employment Authority (NEA) was challenged in court.

"In exercise of the powers conferred by section 10 (1) (a) of the National Employment Authority Act, 2006, the Cabinet Secretary for Labour and Social Protection appoints Mary Wambui to be Chairperson of Trustees of the Street Families Rehabilitation Trust Fund, for a period of three (3) years, with effect from January 1, 2021," read the notice. 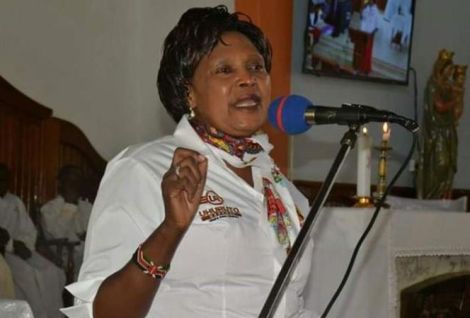 The former legislator will take over from Lina Jebii Kilimo whose appointment was revoked with effect from the 1st January. 2021.

In the same notice, Wambui's appointment as the chair of NEA where she has been serving since 2019 was revoked. She will be replaced with Prof Grace Jerotich Cheserek.

Her appointment as the NEA chairperson caused an uproar with Kenyans on social media venting while petitioning President Uhuru Kenyatta to revoke her appointment.

In her response then, Wambui maintained that she was the most qualified candidate and that is why she was appointed.

"I thank the President for this opportunity. He has the interest of the youth at heart and I promise to deliver on the same. I assure the youth of this nation that we will work to create more and better jobs for them," she pledged.

In January 2020, the Employment and Labour Relations Court (ELRC) revoked her appointment on the grounds that it was illegal and unconstitutional and therefore null and void.

The court heard that she did not have the academic and professional qualifications to allow her to run the office.

The Attorney-General Kihara Kariuki appealed the ruling of the Labour Court which declared the former MP unfit to chair the Government board.