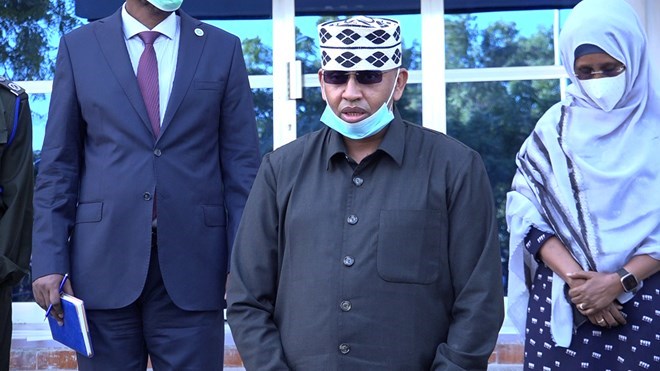 Somalia announced that all public gatherings would be banned indefinitely beginning Wednesday, as it experiences a spike in coronavirus cases and deaths in recent weeks.

"Public gatherings are banned. Schools and universities are ordered to be closed as the madrasas and mosques are told to maintain social distancing," Information Minister Dubbe said at a news conference alongside Health Minister Fowzia Abikar.

"We have recorded several deaths of patients exhibiting coronavirus symptoms in recent days. We are hearing people who had the virus symptoms died and buried before they were registered," said Abikar,

Ads By Google
She said Somalia should stop the virus from spreading before it is too late.

The World Health Organization analyzes samples that have recently been taken to confirm if the outbreak is linked to a new strain identified in other countries, she said.

The new measure is the first restriction in four months in the horn of African country that recorded its first case last March.

At least nine people died from COVID-19 on Tuesday and 100 tested positive for the virus.

#3
its way too hot for it to survive given there are not enough trees.
Population is very religious though they don't care about covid-19. They say they will go if god wills.
H

#4
MojaMoja said:
its way too hot for it to survive given there are not enough trees.
Population is very religious though they don't care about covid-19. They say they will go if god wills.
Click to expand...
Hot? It is doing well in Florida and Brazil.

#5
There are political issues in Somalia with claims that the gova is holding onto power illegally. Sasa wame realize kuna covid so they contain people to avoid mass action.