#1
Former Nairobi Governor Mike Mbuvi Sonko on Saturday, January 16, alleged that his life and that of Deputy President William Ruto, was in danger.

Sonko was speaking during a meeting in Kajiado County, where he and the DP were in attendance.

"I am not afraid. I have been told that they plan to kill me as well as the Deputy President. The only person who has the authority to take away human life is God," He stated. 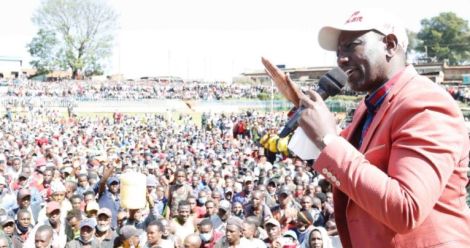 "I just want to warn the DP not to partake anything that is offered to him at State House and that is because I love him and would like him to be the fifth President of Kenya," he added.

The former governor went ahead and called for the impeachment of President Uhuru Kenyatta claiming that he had violated the constitution and divided Kenyans.

He was referring to a remark the president made on Saturday, January 9, that communities outside Kikuyu and Kalenjin should take over the presidency when he retires.

Further, he accused the president's sisters of engaging in corruption.

"Mr, president, you are the one who should be impeached. I want to warn you against looking down on those who come from poor backgrounds and those who aren't dynasties."

Sonko was responding to calls by a section of leaders from the Amani National Congress (ANC) party to launch an onslaught for the impeachment of the DP.

The leaders had accused him of undermining the Head of State.

The claims by Sonko came a year after some leaders alleged that there was a plot to assassinate the DP.
Last edited: Jan 16, 2021

#2
If he didn't record it then it never happened.

#3
break your own news so lame this is made up

Staff member
#6
I thought this chokosh had declared a 10 year off from politics just last weekend.

#10
huyu chokora sonko will he be able to chew what he is biting?

uwesmake said:
huyu chokora sonko will he be able to chew what he is biting?
Click to expand...
M

#12
Ruto should be wary about associating his campaign with this chokolo. He is like Miguna. Don't give him the stage. He is a liability that you do not need. You are doing just fine. Also thinking ahead, if and when Ruto wins the elections, what will he do with Sonko, because you have to dump him. Better to dump him now.

#16
Gamal Sankara said:
Hii sasa hatujui
Click to expand...
That's how he got out of prison...
Gugu is your friend...

#17
The dregs of society are all coalescing around the Al Capone of Kenya, Arab Mwizi. He will form a very interesting government with the likes of Sonko, Sudi, etc.

#18
Straw man said:
The dregs of society are all coalescing around the Al Capone of Kenya, Arab Mwizi. He will form a very interesting government with the likes of Sonko, Sudi, etc.
Click to expand...
And 254 will move from...
o
To
o
Bila lube.
Hadi kwa oesophagus

Kuria condemned the sensational remarks that Sonko has been making at rallies where he has accompanied the DP particularly those made against President Uhuru Kenyatta.

In an apparent swipe at the deputy president, the Gatundu South MP indicated that those who were tagging along Sonko were to blame.

"Those people moving about with Sonko when he says such words, he is not a person to be handed a microphone, he should first be taken to a mental hospital. 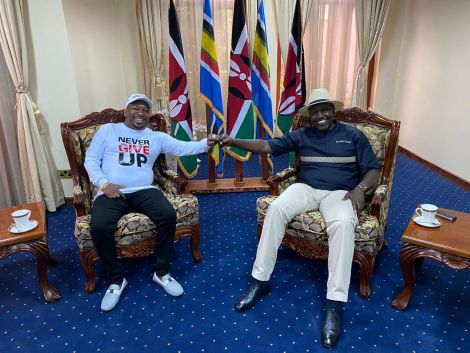 "Those giving him the microphone are wrong because he should be taken to hospital when I get hold of him I'll first take him to Mathare Hospital to have him checked," noted Moses Kuria.

Sonko alleged that there was a plan to kill him and Ruto as he went ahead to warn the Deputy President not to partake in anything that is offered to him at State House.

The former Nairobi Governors also uttered unprintable insults against the head of state and members of the first family.

Kuria blamed Ruto as he was with Sonko while addressing residents in Kiserian and Matasia towns in the company of more than 40 MPs.

During the Saturday rally, the former Nairobi Governor went ahead and called for the impeachment of President Uhuru Kenyatta claiming that he had violated the constitution and divided Kenyans.

He was referring to a remark the president made on Saturday, January 9, that communities outside Kikuyu and Kalenjin should take over the presidency when he retires.

Moses Kuria condemned Sonko for his words and urged him to exercise caution despite being impeached as the Nairobi Governor.

"Some of us have really suffered because of our association with Ruto, but we do not let our anger overcome our sanity. I want to tell Sonko, anger should not drive you to say what you told the President, even if we are angered you leave somethings to God.

"I have kids so does the President, if children hear what Sonko said, they will not be happy, I don't see justice in that," he added.

Kuria noted that he was ousted from a number of Parliamentary committees with Elgeyo Marakwet Senator Kipchumba Murkomen and his Nakuru counterpart Susan Kihika also suffering the same fate but have not retaliated.
J