The most beautiful most intelligent newscaster in Kenya

#2
We could argue that beauty is subjective and leave it at that....but how do you manage to measure intelligence bwana chief?

#5
Why use a horse hair?
Why can't they be happy with their natural hair?

#6
She quit her job so she will no longer be cute. Men usually want the power girl. Power makes her sexy.

There was a time you admired Martha Karua but now you don't.
T 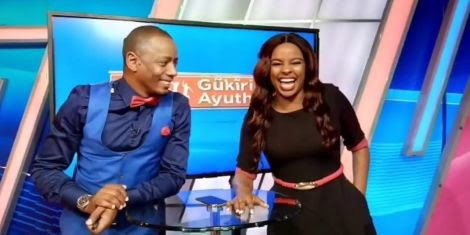 Inooro TV anchor Muthoni Mukiri has resigned after working at the station for five years.
Muthoni, who hosts prime time news on the station made the announcement on her social media pages on Friday, December 18.
"Its been an amazing five years, but my journey at Inooro TV has come to an end. I want to thank you my fans, my supporters, my friends and everyone who has supported me during that journey. I will miss you dearly," she stated. 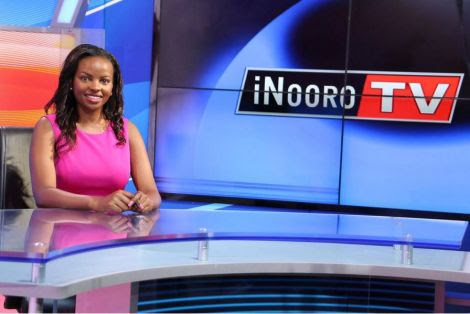 File image of Inooro TV presenter Muthoni wa Mukiri
TWITTER
The media personality hosted the bulletin alongside Ken Kuraya with whom they wowed fans with their jokes and chemistry, whenever they were on air. Muthoni stated that in due time she would tell her fans where she was going to next.
"I believe when one door closes another one opens. I will let you know my next destination in good time," she affirmed.
Her announcement elicited emotions from her fans who took to the comment section to wish her well in the next journey.
"So sad, will surely miss you and your humility. You are right, when one door closes another opens, everything happens with a reason," Kavuma commented.
"It's so painful and tearful to see you depart, but God Almighty is so faithful, I know he has opened a great opportunity and door for you," Henry weighed in.
Other than journalism, Muthoni is an entrepreneur in her own right and is the owner of Mukiri Hair Hub which deals with premium wigs and human hair.
Her business has attracted several celebrity clients including; Citizen TV news anchor Mashirima Kapombe, comedian Teacher Wanjiku, Kirinyaga Woman Representative Purity Ngirici and Kameme FM presenter Wambui Muturi.
Her departure came just a week after Joyce Omondi exited Switch TV.

#13
mikel said:
We could argue that beauty is subjective and leave it at that....but how do you manage to measure intelligence bwana chief?
Click to expand...
The way she argues out issues