#1
President Uhuru Kenyatta has finally responded to Embakasi East MP Babu Owino after he insulted him and his mother during a NASA political rally.

The legislator had made unprintable words targeting the president and the former First Lady Mama Ngina Kenyatta that led outrage from a section of Kenyans across the poetical divide.

Uhuru, in rally at Chuka University said leaders like Babu should stop teaching young men to insult their elders but rather focus on giving children a quality education.
President Uhuru Kenyatta has responded to Embakasi East MP Babu Owino’s sensational rant against him. In a message from his official twitter account, Uhuru plays down the entire incident through a cryptic message to NASA co principals.

Uhuru, in his response, has urged opposition leaders to quit misleading youth into insults. “Let us stop going around teaching our young men to insult their elders but rather focus on giving our children a quality education.” Uhuru’s tweet read. 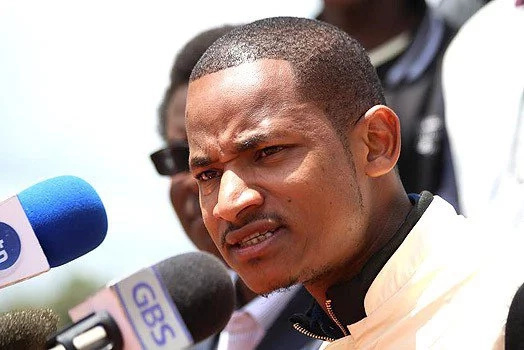