The Russian dictator continues to jail the democratic opposition.

#1
In Hong Kong the masses have refused the Chinese dictator who wants to jail any democratic dissident or activist in Hong Kong.

How is Navalny still alive all these years? Niaje hajadungwa mguu na ile umbrella ya Putin?! 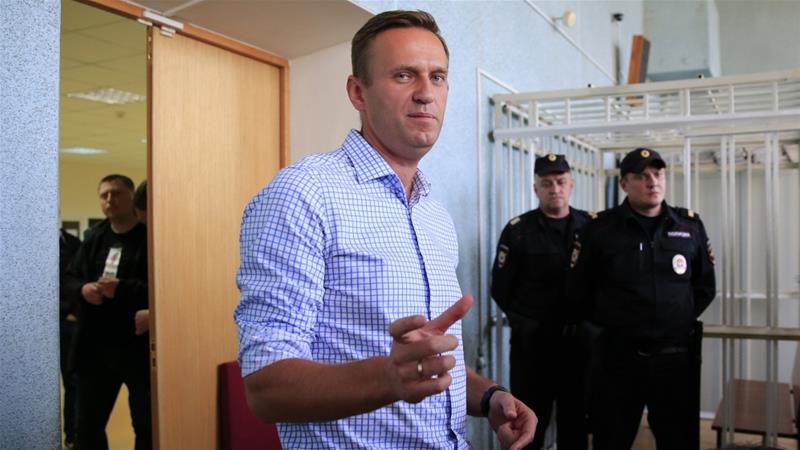 Navalny has served numerous jail sentences in recent years for organising anti-government demonstrations [File: Tatyana Makeyeva/Reuters]
Russian opposition leader Alexei Navalny has been sentenced to 10 days in jail on charges of taking part in an unsanctioned rally last month.
A Moscow court on Monday found Navalny guilty of violating rules for participating in the June 12 demonstration, at which Russian police detained more than 500 people.
The rally was part of a series of protests sparked by the arrest of a prominent investigative reporter on drug-dealing charges, which were dropped within days for lack of evidence. The case of journalist Ivan Golunov caused outrage, and Russian President Vladimir Putin responded by firing two senior police officers.
"Ten days of detention for a rally against arbitrariness," Navalny said in a post on Twitter after the verdict. "It's unpleasant, but I think I did the right thing. If we remain silent and sit at home, the arbitrariness will never stop."

Navalny, a longtime Putin critic, is the Russian leader's most visible political foe. He has served numerous jail sentences in recent years for organising anti-government demonstrations.
The European Court of Human Rights in November ruled that Russia's repeated arrests and detention of Navalny in 2012 and 2014 were politically motivated and breached his human rights. Moscow called the ruling questionable.
During his nearly two decades in power, Putin has silenced most of his critics and sought to muzzle the media.
The 66-year-old won a fourth term in office in a presidential election held last March, enjoying a landslide victory with more than 76 percent of the vote.
He has pledged to respect the Russian constitution, which prohibits anyone from serving more than two consecutive presidential terms, and step down from his post in 2024 when his current term expires.
Putin has stepped down as president once before, in 2008, after serving two back-to-back terms only to return in 2012 after doing a stint as prime minister, a manoeuvre he would be legally entitled to carry out again.

#2
Wacha nicheke,remove the log(trump) in your eyes first.
Trump is a worse dictator
P

#3
By the way @Wanaruona , @Soprano , @marine1 I'm sure you know by now that if you oppose the Russian dictator hio huwa ni kifo.

Luckily for one Viktor Yushchenko of Ukraine the poison (dioxin) refused to eat his insides but instead attacked his skin. That is what saved him. Had the poison stayed in the liver like it was intended...

#5
Tikitator trump ni mawe.running the once great USA like a kiosk
R

#6
hehe hitting below the belt is always a bad move because it gives the opponent a reason to hit below the belt. ukraine cannot challenge russia militarily or economic wise, but it has the capacity to kill putin. he is just one man. even kenya, given a good reason to do it, can do it.