Homa Bay Town MP Peter Kaluma has drafted a Bill seeking the secession of all but seven of Kenya’s 47 counties to form the People’s Republic of Kenya.

Apart from Mt Kenya counties of Nyeri, Murang’a, Kiambu, Kirinyaga, Nyandarua, Embu, and Tharaka-Nithi, Mr Kaluma wants all the other 40 to break away from Kenya, alleging that they have been continually discriminated upon by successive governments.

The vote-rich Rift Valley, with a total of 4.4 million of the 19.63 million total registered voters in its 14 counties, is the political base of Deputy President William Ruto, a furiously ambitious politician who wants to take over from his boss President Uhuru Kenyatta in 2022.

Mr Kaluma, in a draft Bill he has prepared for scrutiny by the electoral commission, alleges that President Kenyatta’s government has “rigged elections, emasculated Parliament, commissions and independent offices, and had run a systemic and systematic suppression of the other groups and communities”.

He further argues that President Kenyatta’s government has starved devolution of the growth it needs, and that it has retained most of the funds in Nairobi.

RELATED CONTENT
“The objective of the Bill is therefore to amend the Constitution to split to allow for the creation of a new state to give effect to the aspirations of the people of Kenya,” says Mr Kaluma in the Bill.

Opposition leader Raila Odinga has spoken about the secession bid, saying it is a sign of deep-seated anger among Kenyans.

“The real issue about Kenya is not the rigged elections. That is not the issue. The issue is deeper than that of just rigging of an election. When you see some governor’s stand up and say “we want to secede from Kenya”, supported by members of Parliament and members of county assembly, then you must know that there is something seriously wrong with project Kenya,” Mr Odinga told Kenyans living in New Jersey, US.

The former prime minister, with almost fanatical following in Nyanza, and a sizeable support in the Coast and western Kenya, has called for a six-month interim government to allow for a fresh election run by a new electoral commission – a path he says is the only way to guarantee peace in a deeply political country where inclusion has largely been defined by the leading group’s communities of origin.

#3
I'm calling it 'The NRM's Final Solution To The Kikuyu Problem.' There was it's comparable equivalent in a far away land!

"Final Solution": Overview - United States Holocaust Memorial Museum
https://www.ushmm.org › mobile › article
They used the term “Final Solution” to refer to their plan to annihilate the [Jews] ... Under the rule of Adolf Hitler, the persecution and segregation of Jews...

.... Under the rule of Adolf Hitler, the persecution and segregation of Jews was implemented in stages. After the Nazi party achieved power in Germany in 1933, its state-sponsored racism led to anti-Jewish legislation, economic boycotts, and the violence of the Kristallnacht("Night of Broken Glass") pogroms, all of which aimed to systematically isolate Jews from society and drive them out of the country
Last edited: Nov 13, 2017

#5
Its unfortunate that even some of the so called learned people support this nonsense. What happened to democracy? Why cant a politician convince to vote for him? Nikikataa aende kwake akalie na bibi yake. What makes some people feel so entitled to lead this country?

#6
When some people were busy kissing mzungus ass the Kikuyu were fighting in the trenches and in the forests to get back their land. They even killed other Kikuyus who were collaborators. If push comes to shove I will not hesitate to protect my country against domestic enemies.
Now that I have let that of my chest, we all know that this bill will fall flat on its face. Nyanza can secede though.

#8
Don't even waste time on this nonsense. Its just the usual 41 vs 1 hallmark tribal profiling of RAT and his few remaining supporters. They now even claim all Kalenjin nation and NEP counties are mad to support them. RAT aombe kazi pole pole. Labda atapata ambassador ya Iceland post.

We will not lie low again.

#12
spear said:
Don't even waste time on this nonsense. Its just the usual 41 vs 1 hallmark tribal profiling of RAT and his few remaining supporters. They now even claim all Kalenjin nation and NEP counties are mad to support them. RAT aombe kazi pole pole. Labda atapata ambassador ya Iceland post.
Click to expand...
Ama Estonia....

#13
All because chupi cannot convince Central to vote for him? I hope people that post this digestive by-product(s) have better excuses than being idle. 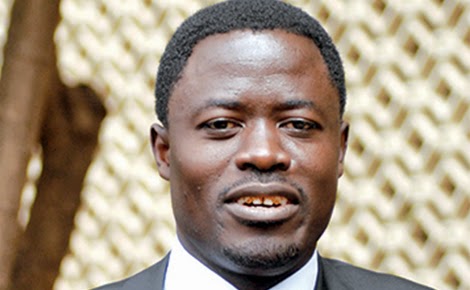 #16
This secession dream is a self-serving plan. Kenyans are not in that plan, only few individuals who want to amass stuff for themselves.

I think this Raila succession is driving Luo politicians mad. They've all dreamed they can be the next kingpins and are fighting to make a name for themselves.

I think this Raila succession is driving Luo politicians mad. They've all dreamed they can be the next kingpins and are fighting to make a name for themselves.

Babu - Insulting the president
Orengo - Threatens to swear in the tingod
Oluoch - Almost beating up Murkomen on live TV over some tea bill
Kaluma - 41 vs 1 without even attempting to conceal
Gladys Wanga - Has acquired some sleek dance moves
Click to expand...
The bitter truth is that most of this other politicians trying to inherit from Raila will suffer the same fate as him, you do not try to be president by vilifying the majority they will always use their numbers against you