#1
President Uhuru Kenyatta has issued a stern warning to NASA protesters ahead of the planned anti-IEBC demonstrations.

He vowed to deal with protestors who are planning to cause mayhem, attack or destroy private properties during the demonstrations.

NASA has called for protests to remove IEBC officials from office over bungled August 8 election President Uhuru Kenyatta has sent out a stern warning to the National Super Alliance (NASA) supporters ahead of their planned Tuesday, September 26 anti-IEBC protests.

Speaking while touring Embu and Tharaka Nithi counties on Monday, September 25, Uhuru warned that his government will deal firmly with any protester who will cause violence.

He said the government will not allow looting and disruption of businesses. He added that it is NASA's constitutional right to protest and picket.People are free to demonstrate but they must ensure that they do not destroy other people’s property.

Mama Mboga’s vegetables will not be destroyed. Businesses will not be attacked. Let them not think that they will break into other people’s shops and interfere with the daily routine of other Kenyans. That, we shall not allow,” Uhuru said. His sentiments come a day after Deputy President William Ruto said NASA have a right to demonstrate as long as they it within the law. 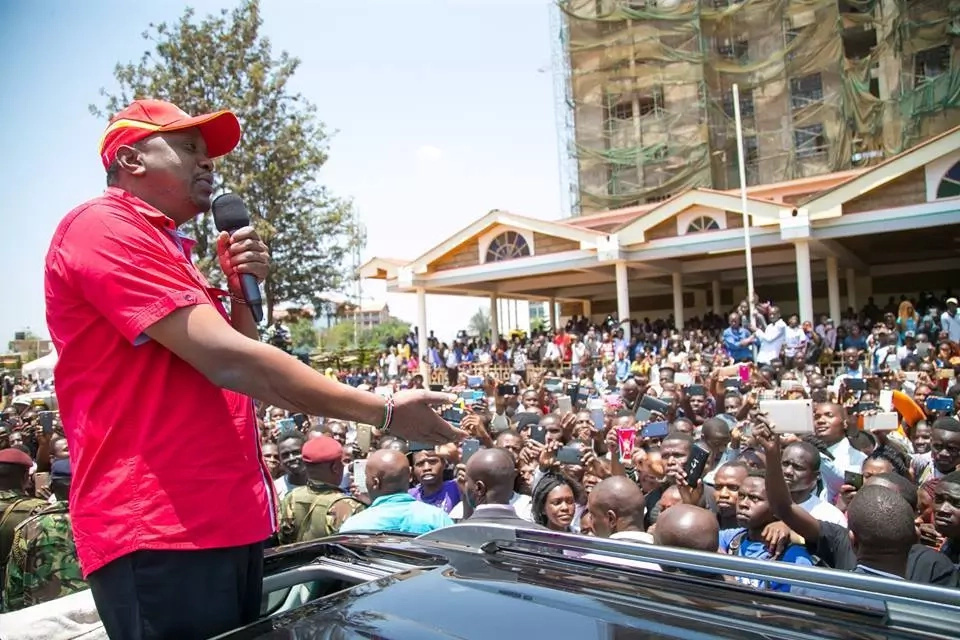 #2
Tomorrow will be a very long day.
Uchumi wazidi kuumia

#3
Meria Mata said:
Tomorrow will be a very long day.
Uchumi wazidi kuumia
Click to expand...
Am afraid uhuru might give in. He is becoming too soft ...

#4
Mbo-I-kamiti said:
Am afraid uhuru might give in. He is becoming too soft ...
Click to expand...
tulieni

#5
Mbo-I-kamiti said:
Am afraid uhuru might give in. He is becoming too soft ...
Click to expand...
Kula mzizi buda watajua hawajui.