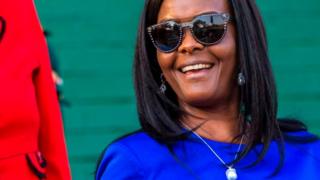 A Zimbabwean journalist has been detained over a story alleging that used underwear had been distributed to ruling Zanu-PF supporters on First Lady Grace Mugabe's behalf, his lawyers say.