#1
Two weeks ago, two men masquerading as women were unceremoniously smoked out of a secret all-female Facebook group. The group is one of the many wild platforms where women gather to gossip about their boyfriends and husbands, discuss their bedroom cravings, frustrations and fetishes.
The discussions in the group are believed to be so juicy that the men had to pose as women to join it for fun, without the administrators being any wiser.


The incident lit up the group, sparking off debate about how emasculated Nairobi men have become, fancying gossip and related stuff that were traditionally the preserve of the womenfolk.
We sought the opinion of Nairobi women and the general consensus was that the city is littered with sissies, wimps and mama’s boys, masquerading as men. Word on the street has it that these so-called softies have been unable to assert their authority in relationships and at home, and are squarely to blame for the proliferation of rebellious women in Nairobi.
“Our men have become emasculated. They are weak and less effective. There is a shortage of real men around here (Nairobi),” Jane Kahuho, a city-based business lady, complained to us.
It is believed that the sissy bug has bitten Nairobi men. It is said that they lost it when they unashamedly began doing feminine things. “I am just getting in touch with my feminine side,” some always say in defense when asked about their metro-sexual tendencies.

Influx Of Metro-Sexuals
Some women told us the rain started beating Nairobi men when they turned metro-sexual and started patronising beauty parlous for facial scrubs, manicure, pedicure and such like feminine grooming.
“We no longer have men but sissies. I have lost count of men I see proudly oil their lips, powder their noses in public, visit salons for grooming. Whatever happened to the tough macho men of yore?” wondered Alice Kanini, a city resident.

Men Now Moving Into Girlfriends’ Houses
“Nairobi men are the biggest culprits as far as emasculation is concerned. We now have all sorts of weak men roaming all over the city. From those who want to be ‘kept by women’ to irresponsible ones who just want to sire tens of children with different women but don’t take part in raising them,” moans Kanini.
We now have an influx of what Tanzanian songbird Lady Jaydee called “Wanaume kama mabinti”. Kanini told us a story of her friend whose sissy boyfriend shamelessly moved into her house and always wanted to bum around reading newspapers, watching TV and movies as she went out to fend for him.
“My friend had to dump him. Which woman wants a man who not only moves into her house, but also plays sick all the time to avoid working? Interestingly, the man is not alone, we have many of his ilk. Some, in their 30s and 40s, still live at their mothers’ houses,” she fumed.

Borrowing Money From women
There have been rampant cases of men who unashamedly borrow money from women, too. This was unheard of a while back.
“Men have become so weak and sunk so low to the extent they now borrow cash from girlfriends and female friends. If there is something women hate is a man who asks for small loans or even pocket money from them. There is another spineless lot that now asks women to split or help them pay bills,” scoffed Maryanne Ndinda, a teacher.
Carol, a Nairobi-based writer, pointed out that most women find it annoying when men come off as weak. “Some women are dating or married to fellow women trapped in male bodies. If your man cannot drive a manual car or owns a Toyota Vitz, has problems fixing a dead bulb in the house leave alone a flat tyre, applies colorless cutex on his well-trimmed nails, loves his macoroni and masala chips and knows the full meaning of IKWYDLS, ROTFLMAO and other complicated female jargon, please drop him like a used sheath and both of you go find yourselves new boyfriends,” she said.
Splitting bills on dates
Carol said a real man has to be defined by how he treats women, children and the weak in society. A man is expected to be a pillar of strength and source of protection for those he cares most about. A man has to provide; there are not two ways about it, she said.
“Something is definitely wrong somewhere with some of our men today,” quipped an angry Lilian*, a financial expert in Nairobi.
“At the bar or restaurant, these men, without batting an eyelid, will ask to split the bill with a woman. It is a breed of men that has got all its priorities upside down. I know one who earns a relatively good salary, but is very hesitant to pay fees for his children. He, however, enthusiastically throws his boys rounds of Glenfiddich and other expensive whiskeys at the bar every other weekend,” said Lilian*.
When asked about men who borrow money from women, the bubbly Lilian said, as a rule, she never lends men money.
Men now love gossiping
There are other issues that women who spoke to us raised that take away ‘Bonga’ points from men. Major ones include men who join women investment chamas. How on earth does a man spend an entire Saturday afternoon around women gossiping about who just got engaged or how Baby Liam has refused to suckle?
We now have men who love gossiping and would do anything to access gossip even if it means disguising themselves as women. Like in the above-mentioned Facebook case, some Kenyan men join women-only social media groups.
What is in the mind of a man who creates a pseudo account so as to access a women-only Facebook group? There is definitely a big problem if a man is in a group that is not discussing politics, investments, football or another sport or work-related stuff.
Let’s not even talk about men who get all emotional and even cry during arguments and those suffering from Severe Attention Seeking Syndrome (SASS). There are men who share their pictures on Instagram so often than women. One is left wondering: Since when did men get so obsessed with their looks and fashion that they have to take tens of pictures of themselves everyday for posting on Instagram?
Stingy guys who never call
Some men are so stingy and hardly call their women. Such types insist on sending text messages, WhatsApp chats, Facebook inboxes and whatnot. In fact, some only chat their woman when within the reach of office Wi-Fi. What happened to men proving the mettle they are made of by spending on their women, you may wonder.
It is believed a proper man calls his woman and spends on communication. A female editor argued that men are just like children, ‘umleavyo ndivyo akuavyo!’ (how they turn out depends on how you nurture them).
“If you feel a man should pay the bills, but he does not do so and you end up paying, blame yourself. If he is living off you and he has a job, you are the loser. I do not entertain ticks, you pull your weight and I pull mine. I have no time to babysit grown men,” she said.
Many women share these sentiments. They concur that women have partly contributed to the problem. That for every man wanting to split the bill, there is a woman feeling independent enough to even pay it entirely, even when they did not ask the guy out.
Fixing sissies
Wandia Maina, a counseling psychiatrist at Phoenix Training Solutions Limited in Nairobi, said that some of these traits can be picked from how a child grows up.
“Children need good role models from both sexes. They learn a lot by copying and imitating. Let’s not raise half-baked boys and girls,” she said. The counselor asked single mothers to regularly expose their boys to father figures with desired qualities of good and responsible men.
“Let your boy grow up knowing what is expected of him. Let him observe how his uncles, grandfather or mummy’s friend behave and talk to him,” Wandia advised, adding: “It is not entirely about single parents.
In marriages, absenteeism by either of the parents, especially the father, is totally unacceptable. If a boy grows up in a nuclear family but with an absentee father, chances of him growing up into a weak man are very high.”

#2
The most painful bit is where men are gossiping more than even women. Especially wakale!

#7
Brikicho Bantureh said:
ni summary nimepewa pia
Click to expand...
A one million word summary as above? What do you take us for? Sttt...ama wacha tu.

#8
It's Le Scumbag said:
A one million word summary as above? What do you take us for? Sttt...ama wacha tu.
Click to expand...
hehee..it is literally less tha 10 paragraphs....how lazy can we get??

#9
Brikicho Bantureh said:
hehee..it is literally less tha 10 paragraphs....how lazy can we get??
Click to expand...
Don't you know that some us a slow readers? Dyslexia manenos? But speed ya matus,wacha tu

#10
It's Le Scumbag said:
Don't you know that some us a slow readers? Dyslexia manenos? But speed ya matus,wacha tu
Click to expand...
yea..but at least skim through the subheading and maybe..just maybe read the conclusion

#12
hii ni ujinga mimi naji groom to the later, si visit salon but lazima nimaintain pimple free clear skin, just coz i want to look good doesn't mean am a sissy, tukijiachilia utasikia ''kenyan men cant take care of themselves they are ugly thats why we go for wazungu''

kenyan women are the problem

#15
Mimi Huwa Namwaga Ndanii said:
I pity any nigga born after 1990
Click to expand...
He he.. kwani wewe ulitumia paro wako memo uje mapema ?
As men, we need to walk through this journey with our sons .
Being absentee fathers and having singo mums around ndio inaleta hii shida yote.

kenyan women are the problem
Click to expand...
I thought that you MGTOWs and incels have no space for women in your wanking lives unless they're selling their services willing buyer willing seller.

3) Any man with an above average IQ will know the meaning of IKWYDLS and ROTFLMAO without a Google search.

4) It's better to ask a loan from satan than from a woman. I also return the favour and never lend my money to a woman.

6) Women say they're okay with splitting the bill but deep down they hate it. Ata feminazis bado watataka kulipiwa bill lakini hawawezi sema.

8) Avoid spending on women you know the chances of getting the punani are low. Be wise how you spend.

9) In fact, if you're in your 20s, don't spend too much on women. You can't buy a nice car or a ka-ploti if you keep splashing money on women to please them.
Invest in yourself and build successful businesses so women can chase after you in your 30s. 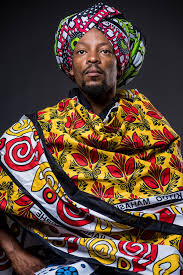